TPB Pick of the Week- Black Panther Vol. 1: The Client 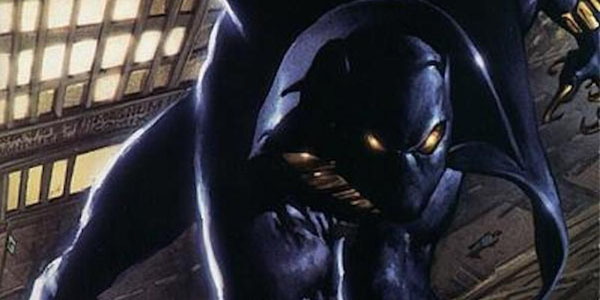 Black Panther is probably one of the least respected characters ever to emerge from the Stan Lee/Jack Kirby era of comics, yet today he is one of the most popular. 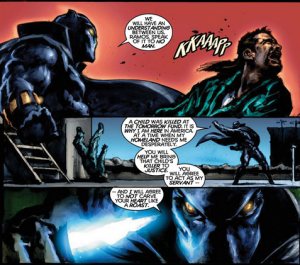 He’s been around forever, has a great pedigree, and has had some top-notch talents take a crack at him, yet he’s never really been embraced by the readers. Writer Christopher Priest (Quantum & Woody) has done the seemingly impossible, and made Black Panther interesting! Rather than just concentrating on his crime-fighting, Priest focuses on Black Panther’s role as King of the African nation of Wakanda, a phenomenally wealthy country caught up in a brutal civil war. Wakanda’s claim to fame is that it is the world’s sole source of Vibranium, the most rare and valuable metal on Earth due to its ability to absorb sound.

“The Client” tells the story of the Panther’s arrival in New York City to investigate the murder of a little girl who was the beneficiary of a Wakandan charity. It turns out that the Panther’s enemies sought to lure him away from his wealthy nation with this heinous ploy. From there the mystery unravels with the Panther as the protagonist, and the narrator, Everett Ross, a U.S. foreign affairs agent who draws the unlucky task of escorting the Panther during his stay here. Ross is plucky, sarcastic and downright funny. His narration keeps the book light even though the themes are often very dark. His final showdown with Mephisto is unforgettable.

As Priest explains in his introduction, his goal in reviving The Black Panther was to make him a distant, mysterious character. He succeeds admirably on that front. By keeping the reader from being privy to the inner workings of King T’Challa’s mind, he becomes an almost mythic figure of menace and mystery. Priest uses out-of-sequence storytelling to simulate Ross’ narrative, much in the manner that the film, Pulp Fiction, is told. After all, when we tell stories, it’s very rare that we tell them in a linear fashion from start to finish every time. Ross bounds from one snippet to another. The reader puts the story together in the process. 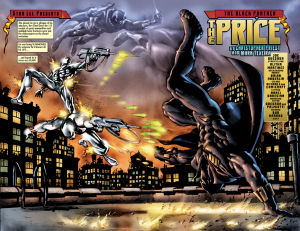 The art by Mark Texiera and Vince Evans is great, and fits the mood perfectly. They also got a nod in the ending credits for Civil War for their work on this story and a few others that were used to bring the Black Panther to the big screen.

Priest takes Black Panther to a whole new level. Gone are the stereotype that he is just a character to bring in the political correctness into comics. T’Challa has been put on the map thanks to this story.