TPB Pick of the Week- Brave and The Bold Vol.1: The Lords of Luck 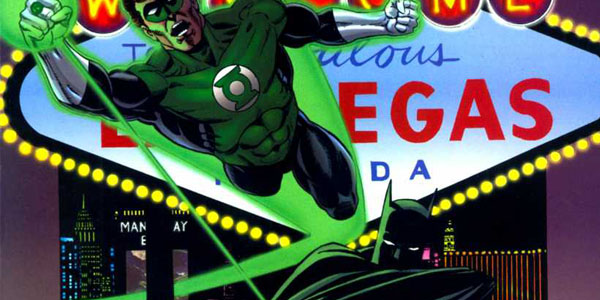 DC brings back Brave and the Bold, teaming up some of the heroes and some times villains in the DC Universe.

Back in the day Brave & the Bold usually featured Batman teaming up with another hero from the DC universe and it was great seeing the interaction between two superheroes that would not normally team-up. The newer version of Brave and the Bold features the work of two legendary creators, Mark Waid writing and George Perez drawing. This edition collects the first story arc of the relaunched series, originally spanning six issues. A basic outline of the plot has Batman and Green Lantern teaming up to stop the Lords of Luck from using and prospering from two items they’ve stolen; a gun that can alter probability and the Book of Destiny (best known from Neil Gaiman’s “Sandman” series).

While the first issue has Batman and Green Lantern as the book’s featured team-up, subsequent issues has these two heroes teaming-up with a wide variety of superheroes like Blue Beetle, Supergirl, Adam Strange, and the Legion of Superheroes. As a reader, you get pulled in right away, with an intriguing pairing of Batman and Green Lantern, which starts off oddly enough in space, but at one point ends up with both characters in their civilian identities gambling in Vegas. The contrast between the characters, in terms of dress, and in their approach to Blackjack for instance, is classically in character, and typical of Waid as a writer.

George Perez’s artwork is sensational and is as detailed as ever. The story is good but not Mark Waid’s best work. However, there are some really funny moments and every scene with Supergirl really shines. The team-up between her and Green Lantern is my favorite and features some hilarious dialog like Hal Jordan having to constantly remind himself that Supergirl is “only 17.”

A very enjoyable collection overall and it’s great to see the return of the team-up to the DC universe. In terms of extras, there’s a short introduction by Waid and six pages at the end where Waid discusses all the references to old characters and old stories he made during the series. A cover gallery at the end of the book rather than before each individual story would have been nice.

If you want this and other DC titles head over to Amazon!