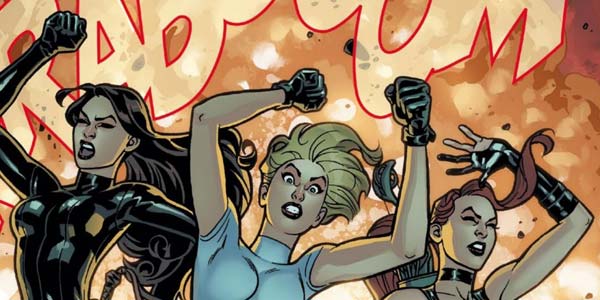 Do you like super spies? Do you like seeing strong women kicking major butt? If you said yes then Danger Girl: Trinity is a story for you. 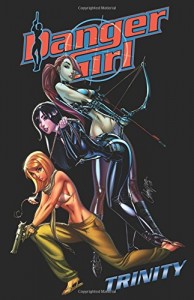 The Danger Girls are a group of female secret agents who take on dangerous missions, and overcome impossible odds with skill and pluck and a good sense of humor. This graphic novel contains the Trinity story-arc, four issues, in which three of the Danger Girls (Abbey Chase, Sydney Savage and Sonya Savage) must overcome an evil prince who is determined to use Abbey as a pawn in a game of his own.

This story was interesting because all three girls have their own stories that lead into the main storyline. Abby is the feature (like she always is) in the arc. Sydney and Sonya have their own stories going on for the most part– like Sydney being in London at first, and Sonya catching a bounty– but the Savage sisters get themselves into some trouble.

The four chapters (originally different issues) were illustrated by three different artists, but all of their work is excellent, and goes together very well.  I have seen graphic novels done by different artists, whose style was so different that the movement from chapter to chapter was positively jarring, but thankfully, that is not the case with this book. Andy Hartnell, and John Royle do a great job writing this, as well. 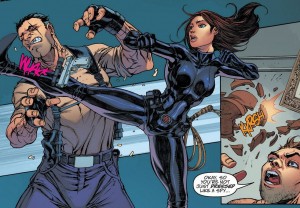 This is a great Danger Girl book. If you have liked the Danger Girls so far, then get this one. You won’t be disappointed! JQ gives this book a 8/10.