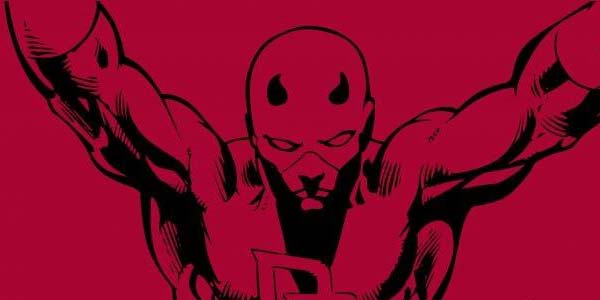 Before I went into reading this, I knew who Frank Miller was and why his run on Daredevil so iconic. Which is most likely why Netflix chose this for the majority of the source material on their new TV series.

In the 1960s, Daredevil wasn’t as popular as he is today.  That all changed when an artist named Frank Miller began penciling him for Roger Mckenzie in 1979. Most of Mckenzie’s stories were good, but it got even better when Miller started writing.  No disrespect to Mckenzie I just prefer Miller’s darker style of storytelling… with characters like Daredevil, Batman or the cast of Sin City, it works.

However, three quarters of this book is not written by Miller, but it’s still worth getting for the first appearance of Elektra and a terrific story featuring Gladiator, who becomes a lot more important during the run by Brian Michael Bendis. Volume 1 includes Miller’s first Daredevil art, which was actually in the pages of Peter Parker the Spectacular Spider-Man. It’s a tad confusing to see the art instantly change when he jumps into the main Daredevil title… Frank Miller has his pencils inked by Klaus Janson, and seeing this change really makes you appreciate Janson’s contribution, as the art begins to personify the feeling of the story.

These stories are solid, and offer a glimpse into Matt Murdock’s world, and the Kingpin in particular is quite a tragic person to me now, and even more now after seeing him on the Netflix series.  Miller also introduced Daredevil’s mysterious mentor Stick, deadly ninja foes the Hand, and Matt’s long-lost love Elektra. Miller is good with action and his writing pulls you in by mixing traditional super-heroics with mysterious martial artistry, doomed romance, and dark personal drama.  This book is recommend to anyone who wants to check out Daredevil and maybe understand where the Netflix show got its inspiration.