TPB Pick of the Week: Death of Wolverine 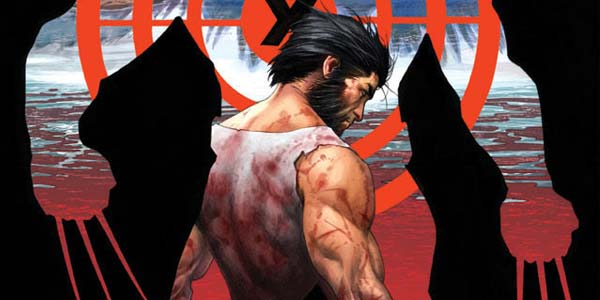 Marvel Comics brings us to the end of the road of one of yet another popular X-Men character. How does this story match up? Sheer epic-ness or another meaningless comic book death?

Writer Charles Soule got his turn to kill off an iconic Marvel character– Wolverine. And… it was unfortunately very underwhelming. To be fair to Soule, he didn’t have three books to build up to his finale (see Wolverine: 3 Months to Die, the last 3 issues before this arc) he just wrote a four issue story where Wolverine died at the end. Even so, for such a famous character, I think Soule gave him the very short end of the stick.

How can Wolverine die, you ask? He recently lost his healing factor so he’s now mortal. Soule adds a brilliant detail by taking away his claws, as well. Every time he pops them, blood comes out, they’re usually covered in others’ blood and other germs when they need to go back in, so when they’re retracted, Logan risks infection. So Logan doesn’t pop his claws – he’s got to fight his enemies with his wits and his mitts, and he’s gonna get hurt too. That’s a great setup.

Unfortunately the rest of the book isn’t as cool. Somebody’s put a price on Logan’s head to bring him in alive so all sorts of nutters are on his tail like Nuke, Sabretooth, and Viper. He fights them all in a blasé fashion and moves on. The story involves a lot of elements from Logan’s past,and reads like any other Wolverine story. Soule tries to give an arc to the character’s complicated history with the final issue but I feel he failed, and Wolverine’s death is barely memorable.

Steve McNiven’s art is always good. It’s suited to BIG comics with BIG action and the Death of Wolverine is a big one (or so we thought). This isn’t a bad comic– Soule’s a good writer, but the script felt rushed. For a major character death, this arc was a let-down. It didn’t feel epic, or moving, or any more interesting than the average Wolverine book.

Everyone reading this will know that Wolverine won’t be dead for long and that he’ll come back at some point in the near future. This book seems to be acknowledging and channeling that cynicism so it didn’t even try to make Wolverine’s death seem like a permanent ending. We all know this was a book designed to grab cash and headlines, but it didn’t have to feel like he was just pushed to the side like trash.

I suppose the book could have been worse, but, for a character that’s had the impact on Marvel readers and the Marvel Universe over the years that Wolverine has had, it should have been much better than this and had something of an emotional punch to it. JQ gives this book a 4.5/10.