TPB Pick of the Week: Doctor Strange: The Oath 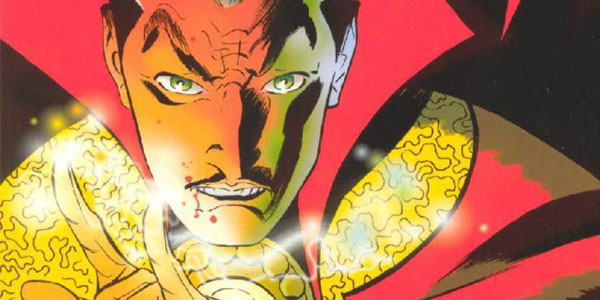 I know who Doctor Strange is, but I don’t KNOW who he is. So I took to the racks and found a story that sounded interesting to learn more about Stephen Strange before the new movie this fall.

Yes working in a comic shop part time I have to be in the know of a few things about each character. Very few times do I get stumped, but when it comes to the mystics (both DC and Marvel) I am at a loss. So I grabbed this graphic novel called The Oath and gave it a read.

Eisner Award-winning writer Brian K. Vaughan and artist Marcos Martin join forces for an adventure that will take the Sorcerer Supreme from the underworld of New York City to the deadliest dimensions on the outskirts of reality. Brian Vaughn’s offbeat humor plays well in this Doctor Strange story. With Strange wounded and his long time assistant Wong sick, Midnight Nurse joins them to track down a treatment for Wong’s ailment. The story is long on medical and insurance jokes that are truly funny. Of course no Doctor Strange story would be complete without a grave moral choice, which you can see the ending coming an issue before it happens, it is sill satisfying. 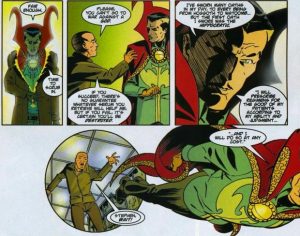 In The Oath, Doctor Stephen Strange’s assistant Wong is struck down with an inoperable brain tumor. Apparently a magic spell won’t fix the problem but a magic potion will so off Strange goes for the quickest of forays into a magical realm to find said cure. But it turns out the cure he gets won’t just cure Wong’s tumor – it’ll cure every disease known to man! Except the drug companies won’t allow it. So Strange and the cure must be eliminated!

One thing bothered me about this book was plot and character. Plot-wise, The Oath is very simplistic with no real plot twist that made me go WOW!  Remember those Phase One Marvel Studios movies, Iron Man and Incredible Hulk, which had villains who were like the hero but EVIL, and were only used for that one movie? Same deal here, Strange has an evil double he must defeat.  And what do you think, does Wong die in the end?  I won’t spoil that part.

Even if your not a Dr. Strange fan, this book looks and reads amazingly well. Although I am not a fan of the mystic stuff this book was okay. JQ gives it a 7/10.