TPB Pick of the Week: The Joker 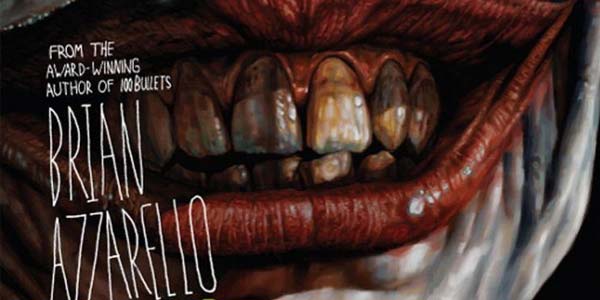 The Joker has been mysteriously released from Arkham Asylum, and he’s not to happy about what’s happened while he’s been away.

From DC Comics this book features writer Brian Azzarello (100 Bullets) and artist Lee Bermejo (Batman:Noel), telling this story like they are in the Joker’s head. Never have I seen such an intense look into the Joker’s psyche. Bermejo’s art is creepy and unnerving to say the least, and the characters are expressed well and have a more realistic and gritty look to them. There is some violence and disturbing gore that may not be right for under 13 year olds.

Not everyone will love this book. This is not a story about Batman trying to stop one of the Joker’s crazy plots… It’s not about Batman, it’s not about Commissioner Gordon, it’s not about Gotham City, it’s not even really about the other rogues, but it’s more of a behind the scenes psychological study of the Joker as he does what he does. Action fans will probably not be satisfied with the book and Batman fans will be wondering where the caped crusader was during all of this. If you want a high action Batman tale, this is not for you. But if you ever wanted to see how the Joker operates and feel what it’s like to be caught in the tangled web that he weaves, Joker is a must read.

This is not your typical Batman book (Batman makes but ONE appearance in the whole story) and people may not like it. I enjoyed the darkness of this book and give it a 8/10 on the JQ scale! You can order this book on Amazon or see if you Comic Shop has one on the shelf.