TPB of the Week: The Last Kids on Earth 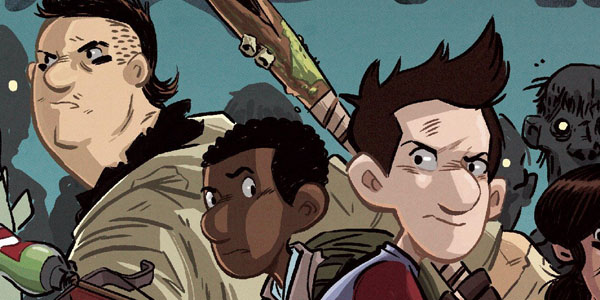 This review is a little different from the normal because that it is one for your kids. However, The Last Kids on Earth is entertaining for us big kids as well.

Since this week is spring break for my kids I tend to do a lot with them. That includes read with them. I purchased this book for my oldest daughter at the book fair a few weeks ago and it was on the counter so I read it. All I have to say is…WOW! It was an amazing read. 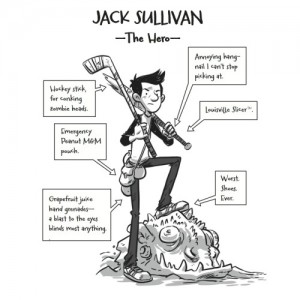 Ever since the monster apocalypse hit town, average thirteen year old Jack Sullivan has been living in his tree house, which he’s armed to the teeth with catapults and a moat, not to mention video games and an endless supply of Oreos and Mountain Dew scavenged from abandoned stores. He alone is no match for the hordes of zombies and winged wretches, and the eerily intelligent monster known only as Blarg. So Jack builds a team: his dorky best friend, Quint; the reformed middle school bully, Dirk; Jack’s loyal pet monster, Rover; and Jack’s crush, June.

I’d actually love to see a movie version of The Last Kids on Earth. I enjoyed the first person narration as it describes the clever weapons and tactics they use to mostly avoid and occasionally fend off the monstrous people of this small town. The story moves along quickly, with lots of fun humor. I found that the characters do a good job of showing how great teams can succeed together. I also really liked the illustrations that were part of the story it was an old mixture of text and black-and-white illustration.

The author Max Brallier is no stranger to writing books of this caliber for the younger crowds. He also works with online video game designs as well. Douglas Holgate’s illustrations were simple yet effective in telling the story.

This is the perfect book for any kid who’s ever dreamed of starring in his or her own comic book or video game. And stay tuned for the sequel coming in Fall 2016.