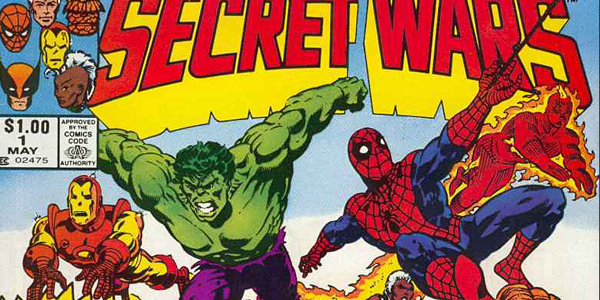 Marvel Super Heroes Secret Wars has spurred a lot of debate in the last twenty years. Many fans dismiss it as nothing more than a year long commercial for the Mattel action figure line. Others dismiss it as a blatant attempt to rush out and upstaged DC Comics Crisis on Infinite Earths.However, neither of these claims can be denied and even Marvel has admitted the transparent commercialism of the series. Which holds true to the Secret Wars series that is going on right now. Still, when it comes right down to it, while perhaps nothing critical to the Marvel Universe came out of the series (Other than Venom) one certainly can’t deny that it was an enjoyable series to read. It was a 12 page battle royal pitting most of Marvels top heroes against their top villains on neutral territory, all for the amusement of the God-like being known as The Beyonder. 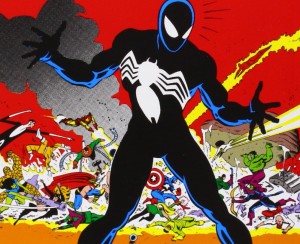 The Beyonder was an all-powerful being from beyond our universe. Beyonder entered our universe through a pinprick in the fabric of reality and became curious about our world. The Beyonder then created a world and plucked out a few dozen heroes and villains and basically told them to battle each other to the death to get whatever they desired. The selection of heroes was pretty solid and included Captain America, Thor, Iron Man, Spider Man, The Banner Hulk, Wolverine, She-Hulk, The Fantastic Four, Cyclops, Storm, and Professor X. The villains are much more of a mixed lot which includes heavies like Dr. Doom, Kang, Magneto, and Ultron, but some curious minor leaguers like Wrecking Crew, Titania, Klaw, and The Molecule Man.

Each issue is basically a big slugfest as the two sides vie for the upper hand with Doom leading the way for the bad guys. While all of this is going on Galactus shows up on no side and with every intention of devouring the energy of the world created by the Beyonder. Doom of course can never be trusted and soon backstabs the rest of the villains by actually stealing the power of the Beyonder and becoming omnipotent (If you are reading the current series does this sound familiar). Doom would destroy all the heroes but the Beyonder restores them to life and they finally defeat Dr. Doom. As the heroes win, The Beyonder grants them whatever they desire which is just to return home. Their wish is granted and the story comes to a close.

As mentioned, perhaps the only real significant event that came out of the whole storyline was Spiderman finding the strange alien material which he took as his new, black costume. This material would turn out to be an evil alien symbiote that would eventually become Venom when it merged with Eddie Brock. Of course this happened almost four years later when Todd McFarlane was on his memorable run on Spiderman and there’s no evidence that Secret Wars writer Jim Shooter ever had this in mind when he created the suit.

The art by Mike Zeck is solid. Zeck has done better work, notably on The Punisher around that time but I digress. The art in some of the issues looks a bit rushed lending credence to the argument that Marvel wanted the series out before DC’s “Crisis”. Taken on just the merits of the story it’s an enjoyable read. I’ve read it now three times over the years because it really was the first such mega-series event of its kind that included almost every major hero. These cross-over event stories have become common place today, but was still monumental back in the day. Thus while the story itself had no great historical influence it still must be considered a landmark in comics history. JQ gives it a 7.8/10.