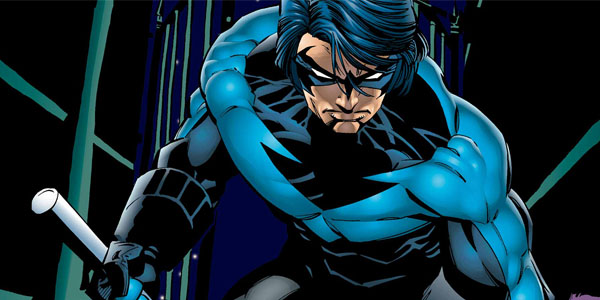 It goes without saying that Dick Grayson is one of the most influential comic book characters of all time. As Robin he pretty much set the standard for the role of the child sidekick.

As a teen he helped found the Teen Titans, and was right in the middle of the most critically acclaimed runs ever, the New Teen Titans by Marv Wolfman and George Perez, creating a second legacy that also exists to this day. He has appeared in various forms of media beyond the pages of the comic and has even taken over for his mentor as Batman a time or two.

This book begins to chronicle another important step for the character, which was his own solo series. While previously he had certainly appeared in a number of books he’d never had one that was primarily focused on him. Hence him always being referred to as Batman’s sidekick, and even later when he was being referred to as Batman’s partner it was still clearly all about Batman. Batman’s city. Batman’s villains. Batman’s book. This is the series where that finally changed. 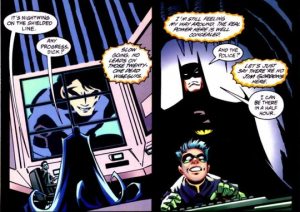 In 1996, writer of Chuck Dixon (Who, besides Nightwing, has worked on Batman, Robin, Batgirl, and Green Arrow) and in my opinion understood Nightwing better than anyone. This certainly isn’t to say that other writers are terrible, it’s simply me saying that I consider Dixon to easily be the best of the lot. He begins by having Dick head to Gotham’s neighboring city of Bludhaven and then wastes no time in working to set both cities apart, making it clear why the city needs a hero to defend it and why Dick himself would choose to stay there. Within this volume we also see the beginnings of something very important for any solo hero, a supporting cast. This not only includes a villain or two, but just regular every day people within the city of Bludhaven that Dick can spend time around and interact with. This is something that a lot of writers fail to do, but Dixon manages to do it, while at the same time never taking us away from the action of Nightwing for too long.

Greg Land’s art is awesome, and very 90’s esque. There are some new comic readers that will not understand that comment so I will add a picture to show you what 90’s esque is. This book is visually stimulating for both the art and the words set up even more beyond the pictures.

JQ gives this book a 8/10. Seeing Dick Grayson be his own man in Bludhaven has set up the man he has become in the comics today.