TPB Pick of the Week: Spider-Man: Birth of Venom 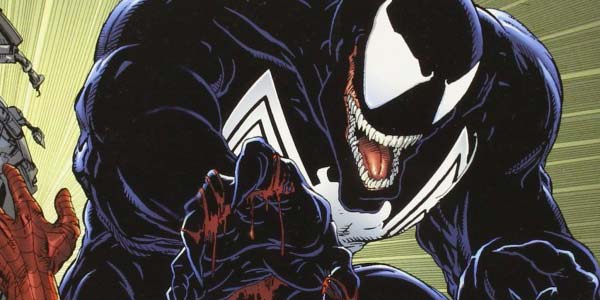 Want a more updated look on how Venom became one of Spidey’s most dangerous villains? Check out this book.

Spider-man: Birth of Venom expands on the 1991 trade Spider-Man: The Saga of the Alien Costume, collecting stories from Secret Wars #8, Amazing Spider-Man #252-259, 298-300, & 315-317; Fantastic Four #274; and Web of Spider-Man #1. Contained here is everything you need to know about how Peter Parker’s black costume from the Beyonder’s Battleworld became one of his greatest foes. From the brief initial appearance of the costume in Secret Wars through its evolution to a full-fledged villain, it’s all here, plus appearances from Puma, Jack O’Lantern, Kingpin, the Rose, Black Cat, and the Fantastic Four. These are the only Venom stories worth reading, as they came before the character’s overexposure and inexplicable transformation into something of a “good guy”. 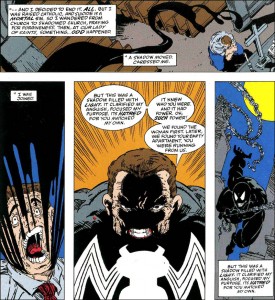 The first half of the book follows Peter’s discovery of the true nature of his costume, the majority of which is by writer Tom Defalco and artist Ron Frenz. Even though I have read these stories many times, the fun and suspense were still there. Defalco’s use of expository dialogue and thought balloons is excessive, but the writing is no less solid for it. Frenz’s art is superb, strongly resembling the work of Frank Miller at the time, while successfully incorporating Spidey’s unique fighting style and general quirkiness as defined by Steve Ditko.

The second half of the book contains the Venom stories written by David Michelinie and illustrated by Todd McFarlane. This includes the introduction of Eddie Brock and the development of Venom as a major Spidey villain. These guys were certainly the most prominent creators during this period of Spider-Man’s history, though they often included stuff that wasn’t necessary in the telling of the story. It was very cool to include their work here, though, as this collection could have easily ended with Amazing Spider-Man #300, which features the initial battle with Venom and Spidey’s return to the red and blue costume. The stories that follow aren’t really what I’d call the “birth” of Venom – just more pages of battles. 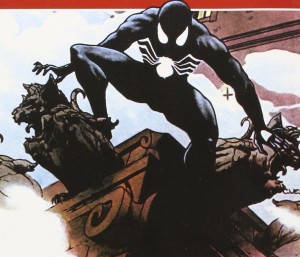