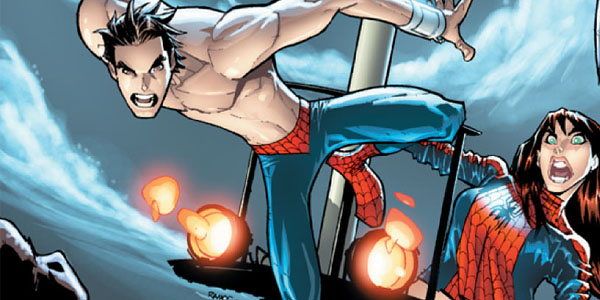 Each year, the Big 2 Publishers release their major “event” comic that is supposed to change the lives of everyone in their respective universes. In 2011 DC gave us Flashpoint, and Marvel gave us Spider Island.

Strangely enough, there always tends to be one major hero from both worlds that also gets their own mini-event comic. It tends to also include many of the characters from their universe and it usually tends to be better since it scales the size of the event down and makes it easier to invest in the characters, easier to understand the stakes, and it actually does make the changes that affect the future of the characters involved. 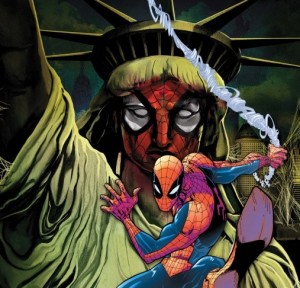 When Dan Slott took the reins of Amazing Spider-Man back in 2008, he confined his time to only writing ASM, so all of his focus is on the mythology of this one main character, unlike other writers out there who find themselves overextended by writing several books at once and some of those characters end up falling flat. The whole series is great entertainment that allows for as much fun to be had with the concept as much as it does moments of real danger and drama. With artist Humberto Ramos doing a lot of the heavy lifting here, it’s a treat to see his art as always.

It was a slow build to the events of “Spider Island”, but it was well worth the wait. Dr. Miles Warren aka The Jackal, longtime foe of Spidey, and the madman that created his clones that started all of the “Clone Wars” of the 90’s, has returned with a deadly new plan: via the use of bedbugs as carriers, he plans to give a virus to all the inhabitants of Manhattan Island that will give all of them the same abilities as Spider-Man! The wisdom of this plan being that anarchy will prevail and the real Spider-Man won’t be able to stand up! Of course, with someone as diabolical as The Jackal and his secret partner, this is just a fringe benefit. Entering into the fray against the newly spider-powered criminals are The Avengers, runaway heroes Cloak and Dagger, The FF (or Future Foundation), Shang-Chi, his co-workers at Horizon Labs, Anti-Venom. the enigmatic Madame Web (who cryptically informs our hero that despite his “No One Dies” policy, he will have to kill someone to stop the threat), and a whole new government-controlled Venom!

Peter has been put though the proverbial wringer with Slott at the helm, but it has been nothing short of amazing. Most can relate to Peter and his internal struggles. Spider-Island was a fun read, and it did have a few “huh” moments if you are not into all of Spidey’s mythos, but still paced enough where you were not lost.