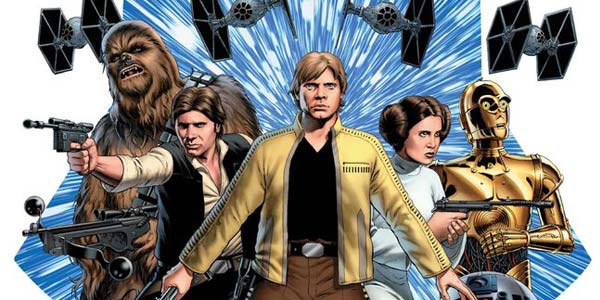 It ‘s no secret that the rights to the Star Wars franchise has landed back in Marvel’s hands. Dark Horse had an awesome run with the license, so it was interesting to see what direction Marvel was planning to take us.

Marvel’s Star Wars comic is set between A New Hope and Empire Strikes Back. Although Marvel’s comic takes place during the same time frame as Dark Horse’s version, they are far from the same story. It is pretty easy to see why the comics are set during this time frame. Marvel obviously does not want to go anywhere near Star Wars: Episode VII The Force Awakens, while Clone Wars and Rebels (both still in the SW canon) has already touched on the prequel era.

You will immediately get the sense that writer Jason Aaron and artist John Cassaday get what made the original trilogy so special. Aaron does a superb job of keeping Han somewhere between swashbuckling smuggler and luckless hero, Luke as a passionate follower of the Force, and Leia as a determined freedom fighter. Meanwhile, Cassaday captures the likeness of each character so that the comic evokes the original films not only in tone but in visuals. 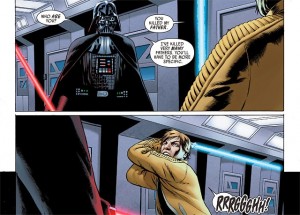 The story is very intriguing. Luke Skywalker and the ragtag rebel band opposing the Galactic Empire are fresh off their victory against the Empire’s massive Death Star. We join Luke, Princess Leia, Han Solo, Chewbacca, C-3PO, R2-D2 and the rest of the Rebel Alliance as they fight against the evil of Darth Vader and the Emperor. But when a Rebel assault goes very wrong, Han and Leia will have to think fast to make their escape. Luke finds himself face to face with Darth Vader. In the aftermath, a humbled Luke returns to Tatooine to learn more about his mentor Obi-Wan Kenobi. Meanwhile, Leia and Han undertake a dangerous secret mission, but can they succeed without Luke?

If you are a fan of Star Wars and have not read this book, you will NOT be disappointed. This volume collects issues #1-6, which ran concurrently with the Darth Vader on-going series and the Princess Leia miniseries; issue #6 is part of a mini-crossover between Star Wars and Darth Vader that is quite good and shines a lot of light on Vader’s character. JQ gives this book a 9/10. 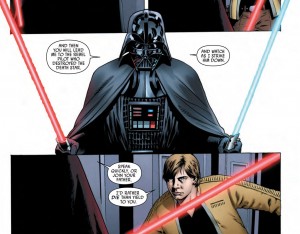