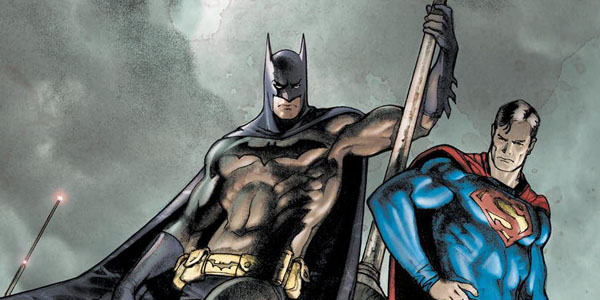 I’m a regular reader of the Superman/Batman books, and they are usually great stories, heavy on the action and adventure. This one delves into much deeper territory, concerning worship, and what that means.

As we all know, Superman has godlike powers. I won’t go too far into spoilers (MINOR SPOILERS!!!), but the story revolves around two instances. One being a group of Superman worshippers who want to kill Lois Lane for ‘spurning’ Superman and marrying Clark Kent instead. Pretty funny actually, when you think about it. After an accident off world, a population on another planet grows to hate Superman. Lex tries to take advantage of that by using propaganda to make a religion out of hating Superman. Let’s just say he’s central to the plot, and leave it at that.

In addition, we get a glimpse of the future of Superman/Batman, with an older Bruce Wayne coaching his young Batman Beyond protege, and an encounter that crosses over with an older Superman still in his lifelong battle against Lex’s evil machinations. It’s just a fun little one shot, but I’m glad it was in there. In addition, as the worship storyline progresses, we get treated to some actions involving the Legion of Superheroes.

Non readers of the may find this confusing, but I can’t refute that without giving away spoilers. I didn’t find it confusing at all, just ambitious as it tied multiple threads together. I loved it. There is also a sneak peak of the upcoming Batman Beyond book, Hush Beyond. Paul Levitz does a great job writing this story. I love when they tie in Batman Beyond and keep it as close to continuity as possible. Jerry Ordway’s art is amazing as well and help make this book awesome.

Superman/Batman: Worship collects issues #72-75 and Annual #4 of Superman/Batman. All in all, while it was a more serious read, I give this a high rating.If you’re a fan of the Superman/Batman books, then you’re still going to love it. I don’t think you’ll be disappointed. JQ give this book a 8.9/10. 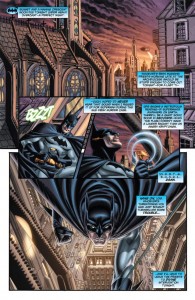