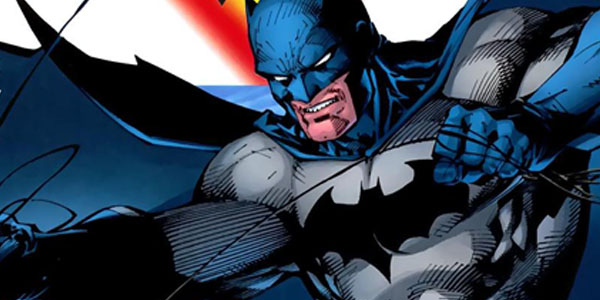 Writer Kurt Busiek and artist Mark Bagley takes us on a DC adventure with the Big 3 of the DCU and we see some new and familiar faces along the way. 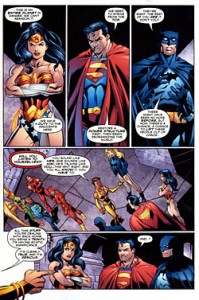 The story focuses on Superman, Batman and Wonder Woman who are being targeted by three villains: Morgaine la Fey (which you might remember from the cartoon Justice League), a new character called Enigma, and Despero. I thought the story was quite good, captivating and fun. Some complained about it being too long-winded and scattered, but I actually thought it’s paced nicely and its spread is great since it incorporated so many interesting characters.There are just tons of little threads, but things did come together. The enormous cast is just so much fun.

Along the way, the book also guess stars a new character named Tarot, a returning Superman ally Gangbuster, Green Lantern John Stewart, the Riddler, Hawkman, and also Nightwing and Robin. Plus, cameos by the rest of the JLA, JSA, Teen Titans, Titans, Birds of Prey, and the Outsiders. I really enjoyed seeing the Bat family in this volume! Oracle and Nightwing are simply amazing here. You’ll also see a new band of empowered minions, the Crime Society, and a mysterious alien called Konvikt.

Busiek’s set up of the villain’s scheme is certainly entertaining throughout the story. There are also some really great Superman moments, as well as looks into Wonder Woman’s way of thinking, and Batman is never left behind by his two super-powered companions. It shows how deep the relationship between these three have become over the years. Trinity elaborates on what each of these heroes means to the DCU as well what their friendship means to one another.

Bagley’s art is generally fine, colorful and clean and pretty to look at. The style is very regular and commercial, and very quickly the art style kind fades to the back of your mind, you don’t notice it anymore, which is nice for a more complex story actually. I should mention Trinity was originally a weekly series and had several different artists do different issues. As a result, the artwork changes in appearance between issues. For a person just getting into comics, this can be a little jarring at first, but you get used to it. All of the styles work in their own way and it’s nice to see the characters showcased in different ways.

For those concerned with continuity, other than mentions of the Gotham Underground, the books is not very continuity heavy, except for instances alluding to past JLA story lines: JLA: Syndicate Rules and JLA/Avengers, so use your best judgment if you absolutely MUST know everything that’s going on.