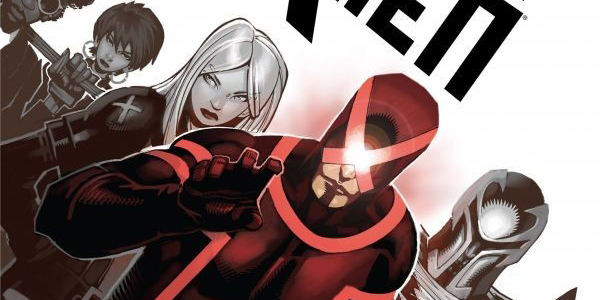 The flagship X-Men series returns, and this is NOT what you expected!

Marvel Comics started their Marvel NOW! campaign people were all up in arms with yet another renumbering to the comics. But writer Brian Michael Bendis and artist Chris Bachalo with help from Irving Fraizer revamp the entire X-Men concept…with extreme ferocity!

In the wake of the Phoenix Five event, exactly what are Cyclops and his team of outlaw X-Men? Mutant kind sees them as visionary revolutionaries, but humans (and S.H.I.E.L.D) see them as dangerous terrorists. Whatever the truth, Cyclops, Emma Frost, Magneto and Magik are gathering new mutants for their secret school. There’s some drama as there is a mole on Cyclops’ squad – who is it? A weakened Magneto must prove he’s still the master of magnetism as Magik wonders why she’s the only member of the Phoenix Five to emerge with her powers working at 100%.

This is Volume 1 of the Uncanny X-Men from Marvel NOW! collecting issues 1-5 of the new series. What has captured this series for me is seeing Cyclops’s struggle to keep it together following the ending of the Phoenix Five event. I have followed this series from issue 1 and it is something to read if you are an X-Men fan. JQ gives this a 8.5/10. It is available at Amazon or you may find it at your local comic shop if they have a nice back issue section for trade paperbacks.