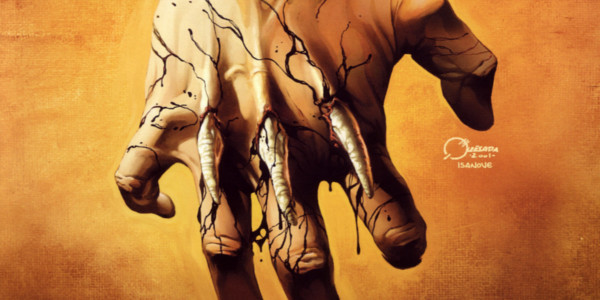 The tagline on the inside cover to Wolverine Origin describes the book as “The greatest Marvel story never told”, and for many years fans insisted that it never be told.

When Joe Quesada and Bill Jemas took over at Marvel Comics and reversed its almost 15-year downturn, one of their first projects was to do a story on the origins of Wolverine. This is considered sacred ground because part of Wolverines appeal was his unknown past. The project was reluctantly accepted, with top minds from the Marvel universe turning in treatments. Wolverine Origin is the gorgeous final result of that process.

Somewhere in the 19th Century, on a massive estate in Canada, a young boy called “Dog” Logan escapes his father’s drunken beatings by playing with James, the sickly child of the rich landowner in the House, and Rose, James’ Irish nanny. The three forge a childhood bond broken too easily when class distinctions and family squabbles get in the way of their friendship. One night, the tensions come to a head when the three, now adolescents, are involved in a life-changing tragedy that leaves one horribly scarred, another without a memory and in possession of strange new abilities, and the third frightened for all three. Two of the friends flee into the night, while the third is left to pick up the pieces. 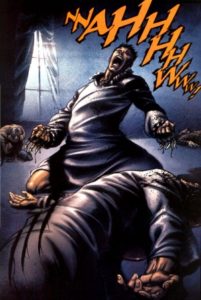 A quote on the back of the book compares Origin with Watchmen and suggests it will enter the annals of comic-dom’s highest-regarded works. While it doesn’t measure up to those examples Origin is certainly worthy of praise and deserves a place next to The Killing Joke or Batman: Year One for shedding light on a loved characters mysterious past.

Andy Kubert’s illustrations are mindbogglingly beautiful, managing to combine the serious nature of the story with the comic origins of the players without effort. The only complaint, and it is minor, is that the book seems short compared with similar series efforts. The story is told without becoming overlong, but the reader can’t help but feel it could have been deeper and more involved.

Overall, Wolverine Origin is worth the time to read. Wolverine and X-Men fans will want to read it – unless, of course, you would rather not spoil the mystery, which is perfectly understandable.

JQ gives Wolverine: Origin a solid 7/10 it did the job but still left me wanting a bit more.