TPB Pick of the Week: World of Flashpoint: Batman 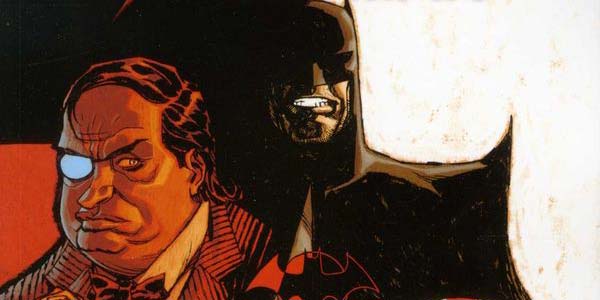 Flashpoint. The word itself is spoken with irreverence in the DCU as the turning point of the New 52. But this Batman side story is WORTH every second taken to read.

In 2011, the Flashpoint event altered the DC Universe as we know it today. The core story was enough to read and understand, but the side stories helped to better establish the new universe they were setting up. The side stories were by no means required reads but most of them were damn good!

Can you imagine a reality where the Wayne’s were leaving the theater and in the alley on that night Bruce was shot twice and Thomas and Martha were spared? The first story, “Batman: Knight of Vengeance” shows how a Batman would exist in that world if it was Thomas and Martha Wayne who watched their son get gunned down. Thomas is driven to become the Batman and a brutal crime boss/ casino owner. Thomas Wayne as the Batman is also not afraid to dish out a more lethal form of justice than what we are accustom to seeing. If you remember the animated movie you know what I mean. With Penguin as his casino manager, and Jim Gordon as Commish you still see familiar faces within the story. But nothing will prepare you for the even bigger reveal in the story. It is so big that I still get goosebumps thinking about it. Writer Brian Azzarello does an excellent job of setting up his character’s world and delivering a gut punching nerve racking story. The art is done by the great Eduardo Risso. This one is incredible, the highlight of this collection, and might be one of the best Batman stories ever written. I put it up there with “The Killing Joke”– it is that well written!

The other three stories in this volume are decent, but the gem worth all the praise is Azzarello’s Batman story. The Book contains “Batman: Knight Of Vengeance” #1-3, “Deadman and the Flying Graysons” #1- 3, “Deathstroke and the Curse of the  Ravager” #1-3 and “Secret Seven” #1-3. The Batman story gets a 10/10 on the JQ scale. The other stories get a 7/10.