First Trailer From Captain America: The Winter Soldier Is Here 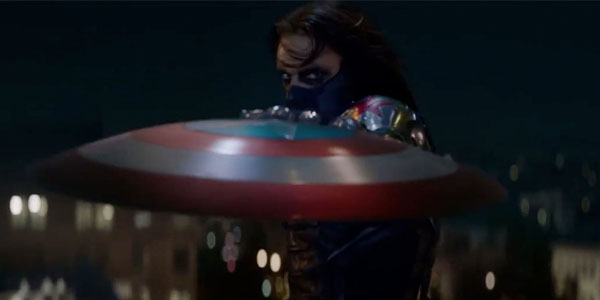 The first trailer for Captain America: The Winter Soldier has arrived, showing off a much more serious tone for the upcoming sequel.

Apple just released the first trailer for Captain America 2 narrated mostly by Robert Redford. There is a very somber and serious tone to the film if the trailer is any indication. It appears S.H.I.E.L.D. is gearing up to stop things before they happen, and it does not sit well with Cap. There are multiple Helicarriers shown off, and a warning from Redford’s character that “to build a better world, sometimes means tearing the old world down, and that makes enemies”. Surprisingly there are a few glimpses of Frank Grillo, who plays the villain Crossbones, as a S.H.I.E.L.D. agent in the trailer.

Check out the trailer on Itunes or the UK version on Youtube below: