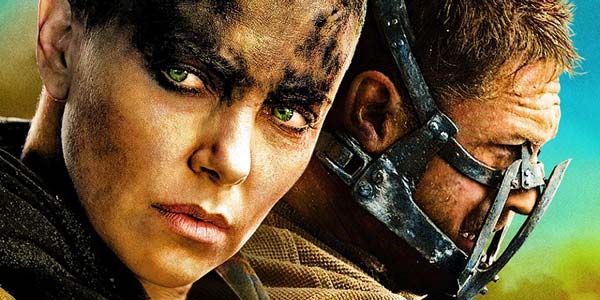 Check out the latest look at the most exciting action movie of the summer.

Guys.  My bad on this one.  The latest Mad Max: Fury Road trailer actually came out, like, a week ago.  But it is so freaking good, I had to share for anyone who hasn’t seen it yet:

Every teaser and trailer we’ve seen for this flick makes it look impossibly awesome.  I love the way bad guy Immortan Joe speaks, I am mildly obsessed with seeing more of Charlize Theron’s Furiosa in action, and by the time that dude uses his flaming guitar as a weapon while perched on the front of a moving truck… it was all I could do to not stand up and give this video a standing ovation.

The coolest thing, though, is how Warner Bros is actually playing up the fact that this is George Miller’s baby.  They’re backing their creator in a big way in all the promos for Fury Road, and that’s just aces in my opinion.  This is hands-down the most exciting movie of the summer for me, the one I am eagerly, anxiously anticipating more than anything else.

That being said, it also runs the highest risk of not living up to my expectations, which I am still trying to keep in check (a task that gets harder and harder the more times I watch this trailer).  We’ve seen the “original creators coming back for a new chapter” thing blow up time and again… but I totally have blind faith that Fury Road will be different, and kick much more ass.

At least I hope so, because in this interview with Esquire Tom Hardy says there’s an option for up to three more Mad Max movies, if Fury Road is a hit.  The world (dystopian or otherwise) needs more Max Rockatansky.  And more movies also mean those toy companies that passed on the Fury Road license will be able to fix their mistake in the near future.  NECA, I’m looking in your direction…