More of the Same in Transformers: Age of Extinction Trailer 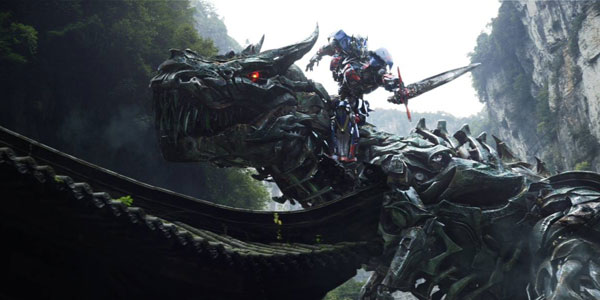 The dull new trailer killed off any interest I had in Michael Bay’s fourth Transformers movie.

Transformers: Age of Extinction was touted to be a reinvention of the franchise, but based on the first trailer, it appears “reinvention” was a term used liberally, because this looks like it could have stemmed from any of the previous Michael Bay movies.

We still get the same terrible character designs, all clunky and impossibly busy and not the least bit interested in striking a dynamic silhouette like the classic characters did.  We get more evil (or at least misguided) government types to cause trouble for our human and robotic leaders.  We get more generic bad guys, none of whom feature any way to distinguish them from their fellow bad guys.

But at least we get Dinobots?  It looks like the biggest selling point for this movie is, in actuality its ONLY selling point.

Here’s the trailer.  I suggest you watch it right before bed, because it’s general boring-ness and disappointing similarity to its awful predecessors should put you right to sleep in under 3 minutes.