Transformers Devastator Is Coming To Comic-Con 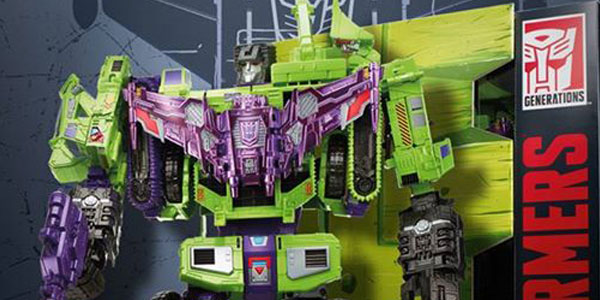 The centerpiece of Hasbro’s Combiner Wars series will make his debut at San Diego Comic Con.

This doesn’t come as a huge surprise, but it’s cool news, all the same– Hasbro will sell an exclusive special edition of Devastator, the iconic Decepticon composed of the Constructicons team, as one of their SDCC exclusives.

The Transformers Facebook page made the announcement last week– the SDCC edition Devastator will feature G1 colors (as will the retail release this Fall, it should be noted), as well as vac metal pieces.  The box art looks fantastic, with a gatefold window cut to the shape of a backhoe shovel.  I’m curious how far off this packaging will be from the retail release… but I guarantee this design would make this figure command attention in the toy aisles.

I super want the new Devastator.  He was one of my favorite toys as a kid, and Hasbro’s team really knocked it out of the park with this new design.  That being said, I don’t know if a few extra paint details and shiny parts will be enough motivation to haul this guy from coast-to-coast at a premium price tag?… I mean, I can tell myself no all day long, but I know myself well enough to know that seeing this guy available on the Con floor would change my mind pretty quickly.

Here’s the back-of-box bio for Devastator, too.  It was transcribed by TFW2005, so credit where credit is due:

DEVASTATOR is a raging hammer of chaos, battling conflicting voices in his head one nanoklik, then crushing his targets the next. He is the perfect weapon, held back by one imperfection: the circuit-clogging conflict caused by bots unable to wield the very power that they themselves bring to life. The CONSTRUCTICONS struggle to successfully merge their thoughts into one cohesive action, making it difficult to focus the wrath of their combined form. Were they able to harness the full force of their collective power, they would give the DECEPTICONS a weapon capable of pounding entire civilizations into dust. As long as that threat exists, DEVASTATOR will loom as a shadow across the universe, an enemy the Autobots – and all the worlds they protect – must fear.

“Prepare to meet your doom. Nothing can withstand the might of DEVASTATOR!” 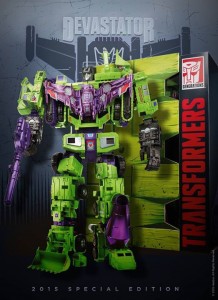 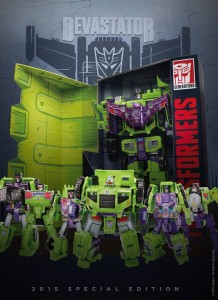