Transformers Springer Gets A Worthy Update 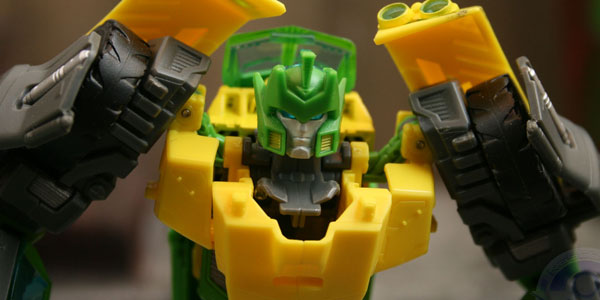 Hasbro has been working to give fans updated versions of the classic characters from the G1 Era, and some have come good, but others, like Ultra Magnus, fall flat. Springer is the former, a great update for a fan favorite character from the end of the G1 era.

The original G1 Springer was a triple changer and up until this version he was stuck in his bot and one alt mode in the Classics/Generation line. Springer was first part of the classics line a few years ago in a Target exclusive set paired with Ratbat. The figure was a repainted Cybertron Evac figure, with only a bot and helicopter form. Fans accepted the update because of the head sculpt and colors, but he was just a space filler until something better came along. Last year Hasbro announced at SDCC that there would be a deluxe Springer, but he once again did not live up to the original character design having only one vehicle mode and a weird looking bot mode. The 30th anniversary of Transformers gave finally gave Hasbro the excuse they needed to give Springer the update he deserved.

The car mode is a sleek sports car with some Cybertronian influences. Springer’s cannon can be placed on top of the car, while his sword can be paced under the car for storage. When fans are given the option to  store all the accessories on the figure in any form it makes the figure that much better. The car has a few gaps on its front end, but it is the better of the two vehicle modes. The second mode is a helicopter, with less gaps than the car, it has a few spots when things just don’t look complete. It is the weaker of the two modes, but captures the look and feel of the original toy.

The bot mode is where this figure really makes it worth tracking down. There are no hollow pieces in this figure that have become commonplace among the Deluxe class. When in bot mode, Springer looks like a full robot who stepped right out of a comic or cartoon, with great articulation, allowing you to pose him in many different action poses. He is much larger when you consider the other figures from this era in the Classics/ Generations line, but not so bad that he can’t fit in.

Overall this is the best Springer, even rivaling the G1 version. He is showing up at Target’s now, and you may notice an increase in older Springer figures on eBay in the next few weeks. 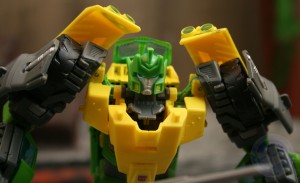 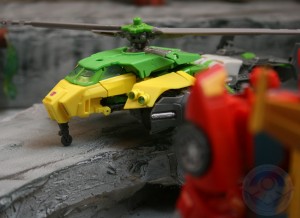 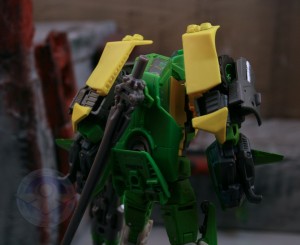 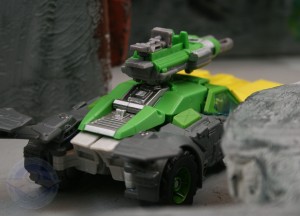 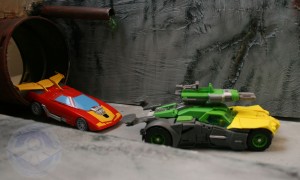 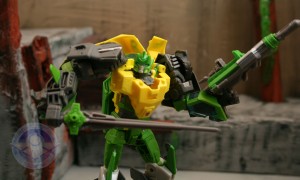 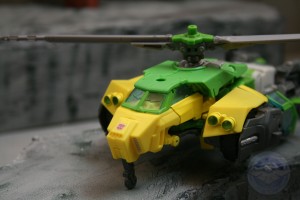 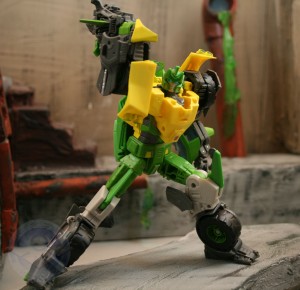