NYCC 2012: On The Floor With TriForce 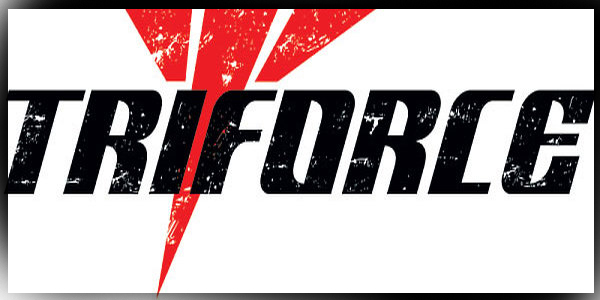 TriForce had one of their biggest and best showings yet on the floor of 2012’s New York Comic Con, debuting several amazing pieces based on some of the hottest gaming franchises around.  Specializing in prop replicas of highest quality craftsmanship with extremely limited production runs, their products are true collector’s items and are always guaranteed to impress.

First and foremost, the big unveiling held midway through the convention was the mighty Torque Bow of Gears of War fame.  Measuring over two feet long by three feet tall and weighing a hefty 20 pounds, this thing looks every bit as formidable as it did in the games.  The killer sculpt and paint job really nail the battle-hardened aesthetic of this itense looking weapon.  Limited to 500 units, expect to see these disappear quickly when they’re launched early next year.  Also from Gears of War, we got so see a familiar bust of Marcus Fenix that we last saw at PAX East, this time holding a golden Lancer.  It looks every bit as amazing as it’s counterpart but only 100 of these variants will ever see the light of day.  For $400, they’re currently available to purchase.

Another case drawing crowds of onlookers was displaying Nightwing’s elegant Escrima Sticks as seen in Rocksteady’s Arkham City.  Also 1:1 scale and limited to 500 pieces, these bad boys will be available 3rd quarter 2013.  The slick stand is half of the appeal here as it includes a Robin medal and wrist darts in addition to underlighting that highlights the amazing looking centerpieces.  Whether the construction would hold up to it is anyone’s guess, but the Escrima Sticks look primed and ready to crack some skulls.  The previously announced Batarang and Riddler/Catwoman trophies were also on display in all their glory – some really fantastic looking pieces.

Rounding out TriForce’s newest announcements were the Darksiders II Scythe and the Warhammer 40K Chainsword.  These are quite possibly the two largest items TriForce has produced with the Chainsword measuring 5’ long and weighing 29 pounds, while Death’s massive Scythe is over 6.5’ long and weighs a whopping 45 pounds (and lights up!).  Both are set for release in the second quarter of 2012 and strictly limited to 500 pieces each.  Expect these to retail for at least $1000 – steep, I know, but the best cosplay props in the world don’t come cheap.  Check out some shots from the show floor and head over to their website for pre-order details. 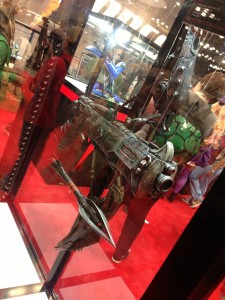 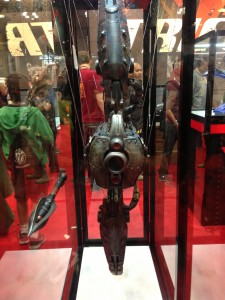 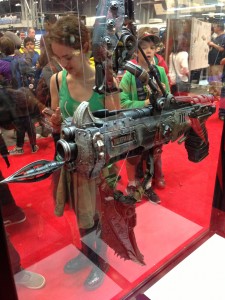 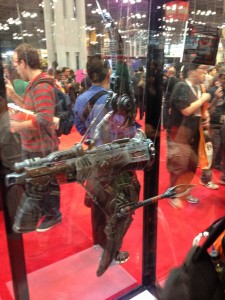 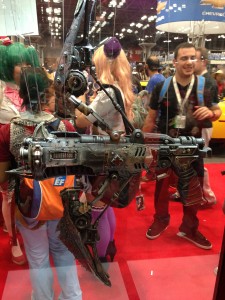 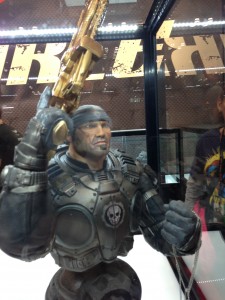 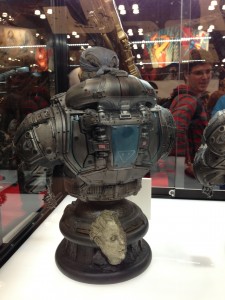 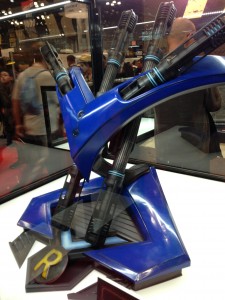 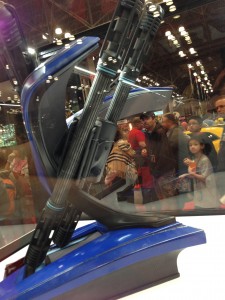 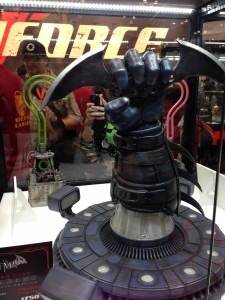 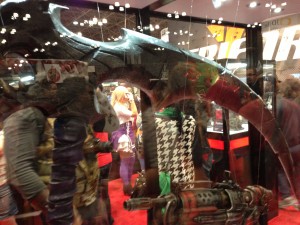 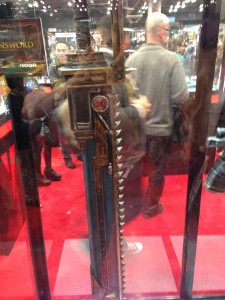 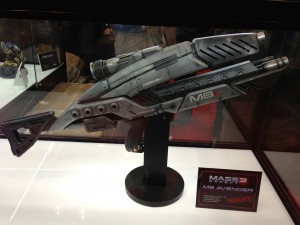 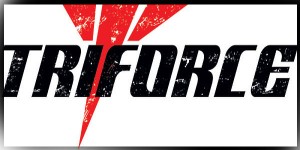