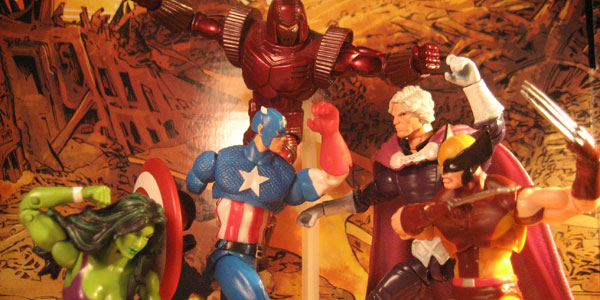 Sorry for that headline, I couldn’t help it.

One of Hasbro’s Comic Con surprises this year was a set of Marvel Universe two-packs based on the 1987 miniseries The X-Men vs. The Avengers.  The Toys R Us exclusive sets feature Magneto vs. Captain America and Wolverine vs. She-Hulk, all in their late-80’s costumes. 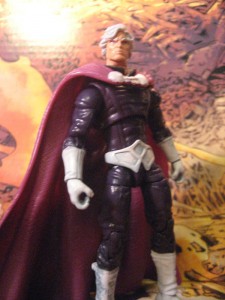 Like all the Marvel two-packs this year, both of these sets are composed entirely of reused parts, with no original tooling or new pieces added. Hasbro has always been pretty solid at repaints, and these sets are really no exception, with some pretty creative tweaks seen throughout.

The Cap/ Magneto set is probably the better of the two, although She-Hulk is the best single figure. Magneto is definitely the most unique and creative figure in this assortment, featuring his first 3.75″ scale unhelmeted head, and Erik’s short-lived purple suit with white gloves look (worn during this miniseries and… maybe some other time?) The costume is translated passably here, using the AIM Soldier body with Dr. Doom’s cape and a repainted Adam Warlock head– quite clever, since the new skin tone, hair color and pupils on Magneto really hide the similarity between the two faces.  The head sits too high on the neck leaving his body a little awkward, especially without the presence of the cape to bulk up the shoulders… I always dug this look for Magneto, although I do miss the totally over-the-top V-neck collar his shirt had in the comic series. 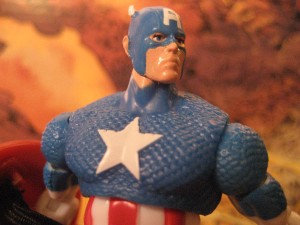 Captain America is mostly a repaint of the same Marvel U. Cap we’ve seen released about half a dozen times, but there’s a few minor tweaks that make the re-purchase a little easier to swallow. This Cap sports a much better blue than any previous version, avoiding the sepia-tone of the WWII figure and the too-bright Secret Wars look. Color-wise, this might be the best Cap in this scale, and new details, like the skin-colored gap at the base of Steve’s cowl under his chin, set this figure above the rest as the best-painted version yet. 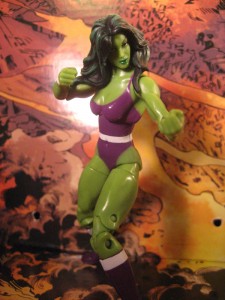 Much like the Cap/ Magneto pack, there’s really only one reason to buy the Wolvie/ She-Hulk set– to get Jen in her 80’s togs. Much like the new Hulk released earlier this year, this two-pack ended up beating the modern, single-packed She-Hulk to retail, so the 80’s version of Jen is our first look at the character, and the all-new body Hasbro created for her.  She-Hulk is fantastic, with the perfect height and bulk to set her apart from other Marvel Universe females and an excellent articulation pattern that adds double elbows and rocker ankles to the already great joints you’d expect. The portrait, and even the hair of this figure are executed perfectly– I challenge  any Marvel fan to check this figure out in person and not be happy with Hasbro’s creation.

Wolverine, like Cap, is another repaint of an old version, but at least this one if the appropriately-scaled Origins figure, now featuring the orange and maroon coloring of his costume that matches his color pattern from the comics. He’s still a decent enough figure after all these years, except for the odd proportions on the awkward left hand, and the face that seems to be getting softer with age and so many reuses. 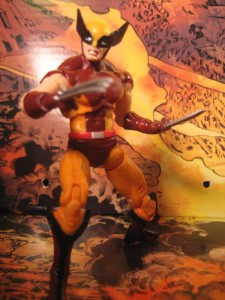 Overall, the X-Men vs. Avengers two-packs are cool sets, and should appeal to any 80’s Marvel fans especially, with their classic colors and costumes straight out of the Marc Silvestri-drawn miniseries. It does seem that paint app Quality Control has been harsh on these sets (I went through six of each pack to find ones that didn’t look awful), so if you’re on the fence about these but find some good-looking ones at your TRU, I’d suggest you grab them just in case.

And a quick note on the pack-in comics– fans of the original miniseries might want to read this new version of Issue 1, in which all the X-Women have been recolored into black leotards under their bikini’s in the beach sequence.  And it’s also worth pointing out that these two sets give us issues 1 and 4 of the four-part mini… so I’m guessing Hasbro has a few more packs up their sleeve for somewhere down the line! 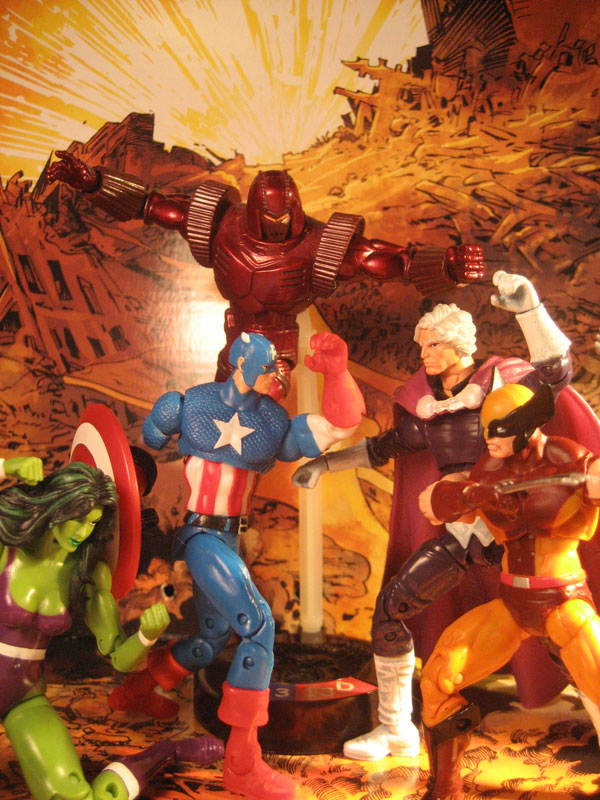 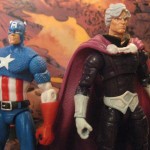 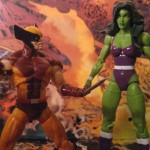 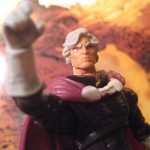 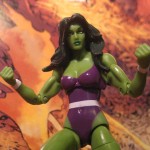 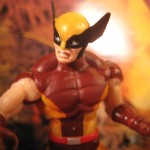