Tucker & Dale Are Getting a Sequel 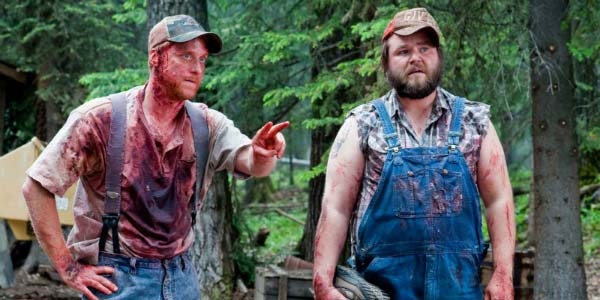 The world’s most lovable redneck/ non-serial killers will return for a new movie!

Tucker and Dale vs. Evil is one of the most fun horror-comedies ever, matching campy schlock masterpieces like Evil Dead for well done gore and pitch black comedy, while also featuring lots of genuine heart.  It’s twisted, and hilarious and also incredibly charming, thanks to the great performances but misunderstood hayseeds Alan Tudyk and Taylor Labine.

The duo dropped the news we’ve all been waiting to hear at the Horrorhound convention– Tucker and Dale are coming back!  There are no details yet– apparently the new story is still being hashed out, but both Tudyk and Labine promised they would “never make a shitty sequel,” and I tend to believe these guys.

Quite frankly, I don’t even care which direction the sequel goes… as long as our plaid-clad duo is as strangely sweet and the gore stays just as shocking and fun, this is going to be a must-see movie.