Tung Lashor Is Ready To Strike 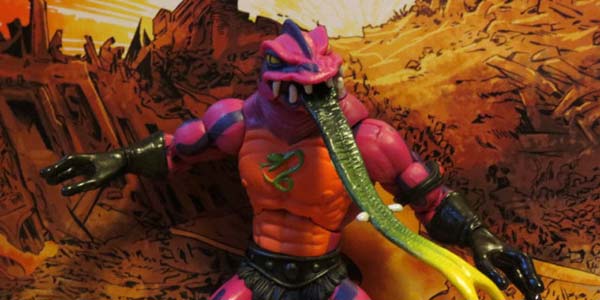 The Snake Men gets one step closer to completion with November’s great addition to Masters of the Universe Classics.

Throughout the history of Masters of the Universe, the villainous Tung Lashor has taken many forms.  From a dinosaur-like, yellow tights wearing Horde henchman, to a poison frog-colored purple and orange vintage action figure, to a hulking, brutal powerhouse, this guy has really been all over the place.  So how do you make a definitive version of him for the MOTU Classics line?  If you’re Mattel Design and the Four Horsemen, you sort of make it up as you go along… in the best way possible.

What the Classics edition Tung Lashor does, like Rio Blast before him, is draws a core design from the vintage action figure and extrapolates into something new.  Thus we get a Tung Lashor who is actually slimmer and more lithe than his fellow Snake Men, thanks to his slim new torso.  The Classics version of the character also elaborates on his amphibious features, pairing his bright pink, purple and orange dart frog colorings with spindly, frog-like fingers and toes.  It all works incredibly well, giving us a figure clearly identifiable as the vintage character thanks to his unique and eye catching colorway, while feeling fresh and completely new. 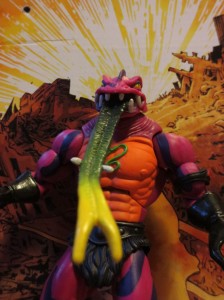 The sculpting here is wonderful, and we get not just one but two heads, each packed with character.  To replicate Tung Lashor’s vintage action feature– a flicking tongue which extended and contracted with the control of a dial on his back– the Classics figure features interchangeable heads.  The closed mouth version is fairly neutral, coming off as slightly cartoonier than the other Snake Men faces, but still filled with character.  But the tongue head is fantastic– Lashor’s lips curl into a snarl, his fangs exposed, his eyes closed over into sinister, predatory slits.  And the tongue itself is wicked, just the right tones of deep, slimy green, fading into yellow at the forked tip.  I even love the little embellishments, such as the two horns on either side of the tongue, halfway up.

The alternate heads do a good job of replicating Tung Lashor’s action feature in a non-intrusive way, and the new sculpting is fantastic on this entire figure, giving us one of the most visually unique MOTU Classics yet.  The Snake Man includes his standard issue snake staff, as well as a dragonfly shaped weapon which can clip to either forearm, and a removable Horde arm band, so he can ally himself with either his Snake Men kin or his later comrades within the ranks of the Horde.

Tung Lashor is another very well executed figure in this increasingly strong toy line.  These final phase characters basically all require large amounts of new tooling and sculpted details, and I am very glad to see Mattel’s design team not shying away from going all-out in the attempts to being these characters to life in  modern toy form.  Tung Lashor feels to me like the perfect balance between fealty to the vintage toy design and some creative new stylistic decisions, which converge to make a figure that is not only fun in his own right, but feels as though he were equally exciting for Mattel’s team to design and develop.  That energy and excitement bleeds through in the final product, and makes it virtually impossible t not to love this penultimate Snake Man. 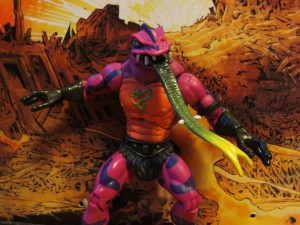 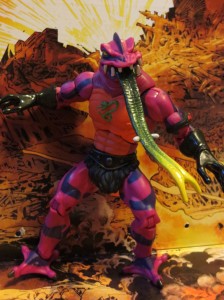 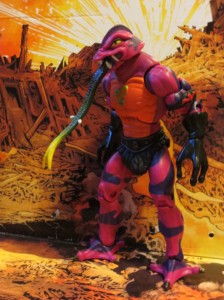 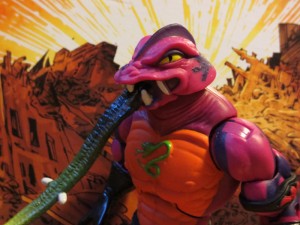 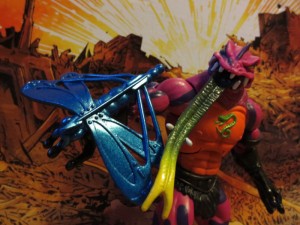 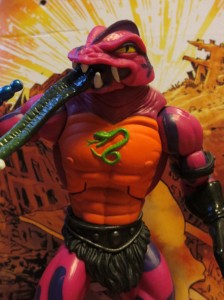 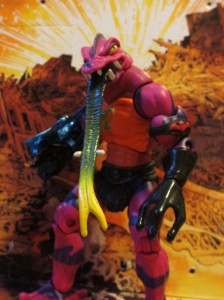 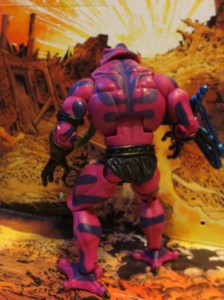 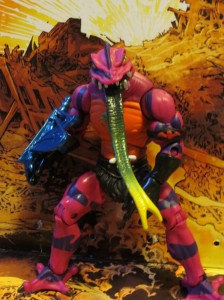 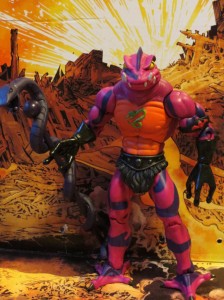 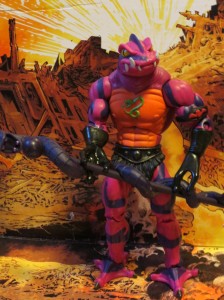 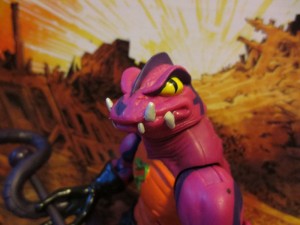 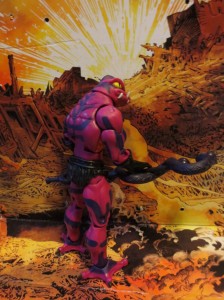 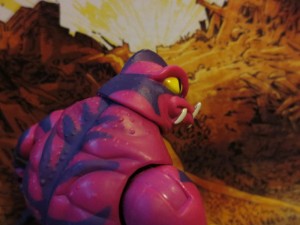 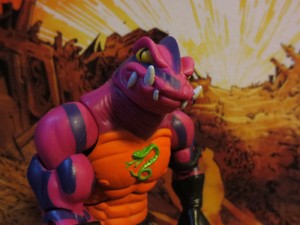 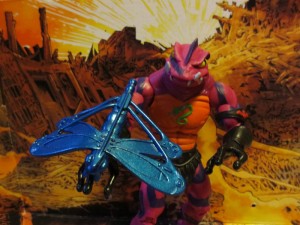 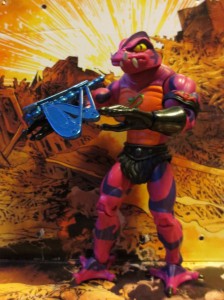 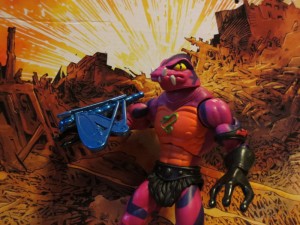 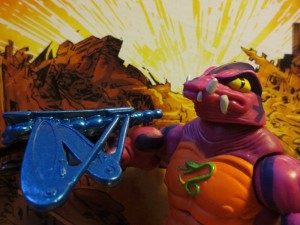 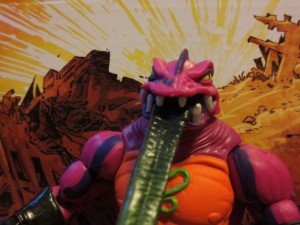 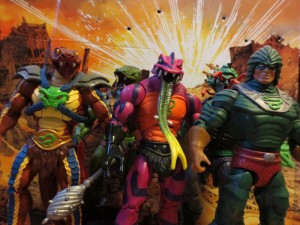 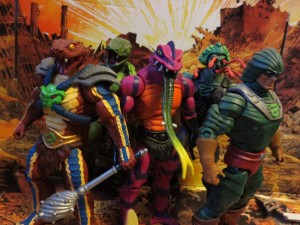