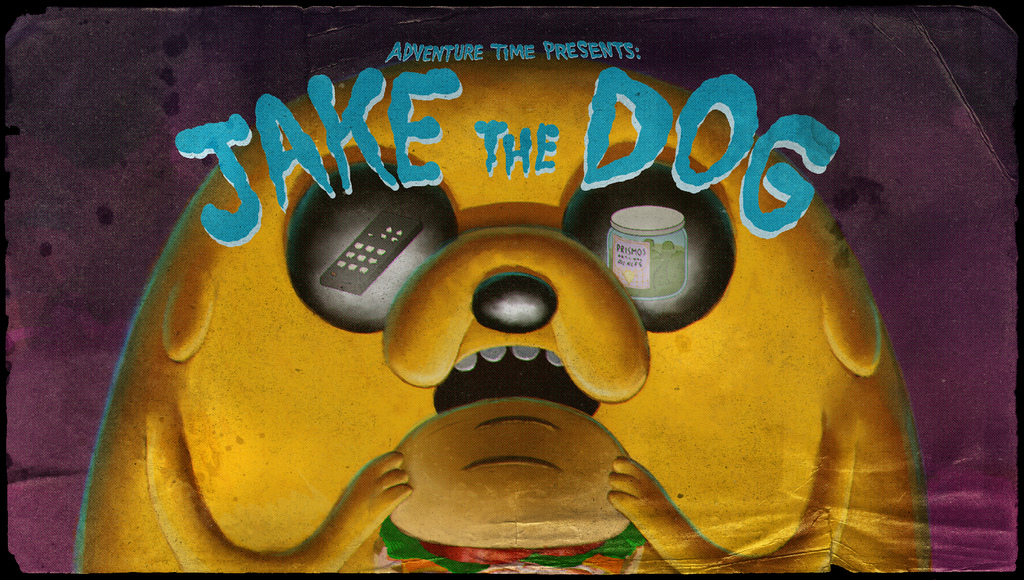 Warner Brothers Entertainment and Cartoon Network recently released a new Adventure Time DVD entitled, Finn the Human. This particular collection of shows, features episodes mostly from Season 5 (but shows from Season 3 and 4 as well), are chock full of Finn-centric randomness.

Of the 16 episodes on the disc, one of the best is part of a three episode story arc. The episode, “Jake the Dog”, ties up a the story arc about the multiverse (I love the multiverse!) that began with the last episode of Season 4 (“The Lich”) and carries over into Season 5 (“Finn the Human” and “Jake the Dog”)

Without being too spoilerific, the stoy arc finds Finn and Jake getting sucked into the multiverse, after unknowingly helping out the Lich, who wants to track down Prismo (the granter of wishes. One per customer, though) and wish the multiverse out of existence.

What makes “Jake the Dog” a great episode? How it ties all three episodes together, at the end. The piece de resistance? When the wish granting Prismo calls out: “Hey, Jake. You see that? Monkey’s Paw.” 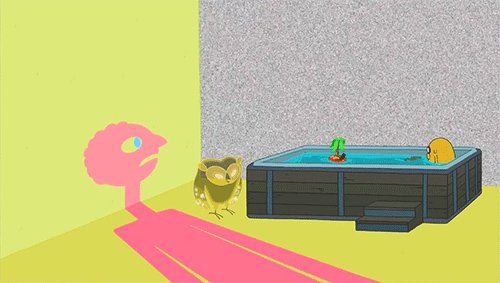 A few of the more notable shows on the disc are: the two prior episodes to “Jake the Dog” (“The Lich” and the disc’s name sake, “Finn the Human”). As well as what can only be described as a primer for the story arc, “The New Frontier”. Also on the compilation are “Blades of Grass” which tells the tale of Finn getting a new, but cursed, sword made of grass. “One Last Job”, which you may have guessed, is an Ocean’s Eleven-esque, “get-the-old-crew-back-for-one-last…job” kind of thing.

No matter what, though, all the episodes on the disc are filled with trippy, random, non-sequiturs. But, really…what else would you expect from Adventure Time?

As an added bonus, as if you needed one, this particular DVD is also packed with Finn’s backpack, so you too can join Finn on his adventures.  Or, at least, put the disc in there to take with you on the road. 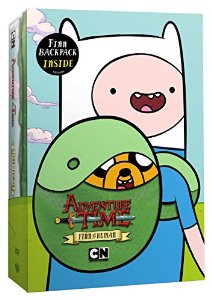 Adventure Time:  Finn the Human is available now and retails for $24.99.