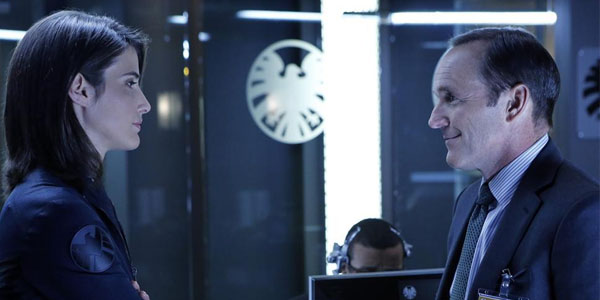 There was a lot of excitement surrounding the premiere tonight, and some questions whether or not the series would be as good as the films. Now that the show has officially aired, I can say it does live up to the hype.

The show starts off like a full length movie, and is a non stop action ride for the entire hour. The pilot builds the world of this new team of S.H.I.E.L.D. agents one at a time, giving the audience a chance to get to know everyone within the context of the story. Instead of taking weeks to build his team, Coulson has his full team of unconventional agents. There is bio-tech agent, a gadget guy, a bad-ass pulled away from her desk duties, a no time for jokes tough guy, and the outsider. The groups shows they work well together and make a great team. As this new team forms they have to stop a man who has been injected with a super cocktail mixed with alien tech.

The show is connected to the larger Marvel world bringing in details from all the films including references to each of the Avengers, the Chitauri, and Loki. Also making a guest appearance is Cobie Smulders, reprising her role of Agent Maria Hill. There also a few hints about upcoming episodes of the series in the show and in the previews. There is a secret organization trying to build their own super soldiers, maybe A.I.M. or Hydra, and there is some questions about whether Coulson really survived his encounter with Loki.

It will be a fun ride as this world unfolds and continues to connect with the upcoming films.