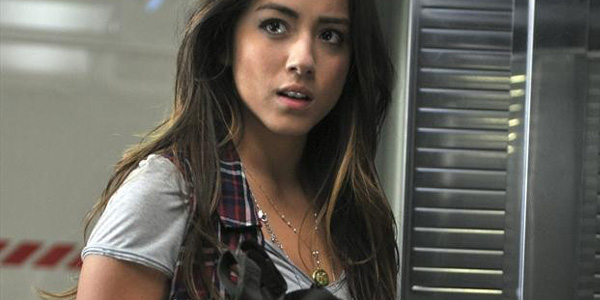 On the team’s first official mission they encounter Hydra tech, a hijacking, and working together without killing each other.

On this week’s episode of Firefly…. I mean Agents of S.H.I.E.L.D. the team are called in to handle and 0-8-4, which is a object of unknown origin. The last one S.H.I.E.L.D. found happened to be a hammer, and turned out to be from one of the good guys, this one however is the opposite. Deep in a jungle of Peru, inside an ancient Temple the team finds the object imbedded in the wall. The object resembles something made by Hydra, but the team is unable to figure out what it is at first.

Their examination of the object is cut short when the local law arrives, but thankfully Coulson knows the head of the police group and is able to keep the peace. While discussing the object a group of Peruvian rebels attack the camp and the team is forced to flee. The conflict is not limited to the rebels and the good guys, but also between the new team. The trained agents and the lab rats don’t see eye to eye on the tactics used, and argue quite a bit. In the middle of all this is Sky, the outsider who has been trying to expose all the secret S.H.I.E.L.D. is trying to keep hidden, is unsure of her role on this team feeling out of place with all these specialists. The team along with the police friends make it to the bus ( the S.H.I.E.L.D. cargo plane), and take off for a secret S.H.I.E.L.D. base. After some examination the realize the object was a failed Hydra experiment, and extremely unstable. Friends become foes once they are in the air and the new team is forced to work together to save the plane, their leader, and the object. As the episode wraps up a familiar face from the Marvel movie universe makes a cameo, and brings home that this really part of the big Marvel world.

Each episode is full of action, giving off a mini movie vibe, with just the right balance of action and character moments. As you watch the show you can feel all the influence that Whedon brings to the show. It feels like Firefly in the Marvel universe, and easy to recognize the character types from his previous work. Even though there are similarities, the show has its own rhythm that feels refreshing. In only two episodes it is easy to see the relationships that will develop over time starting to blossom in this second episode.