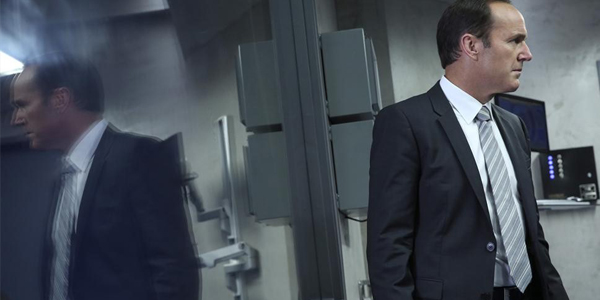 The team is on another mission, this time to save one of Coulson’s former team. Can they save them before it blows up in their faces?

The mission of the week to find out who stole a lot of diamonds from all over Europe. The team has some leads, but Coulson holds back from the team what he knows, at first. Once he catches a glmpes of his former protege, on a security camera he fills in the team on who the person is and how he is connected to her.

Years ago Coulson saw something in Akela Amador, she was a loner with a good amount of skill. Coulson trained her, but when nurture failed and nature took over her and the team she was on was killed. Even though S.H.I.E.L.D. gave up Coulson always kept hope that his former trainee was around. After her failed mission Amador was capture and held until she was take again by another group. This group much more organized and technologically advanced, repaired her wounds, a lost eye, and made her an operative again. The shadow agency controlling her though the new eye is unknown, at this time but they have tech that S.H.I.E.L.D. does not have currently.

When Coulson’s team finally captures her they learn about her capture, and being forced to do these jobs. Amador’s new eye is an implant which allows he captures to keep tabs on her and give mission objectives. There is also a fail safe in the new eye in case she goes rogue, she can be stopped. Coulson and crew have to keep her safe, by faking her signal and taking out the eye before her captors find out what is going on to Amador. The team is starting to gel, especially Sky and Ward. There is still a good amount of mistrust, but they are stating to open up to each other.

This is another mission of the week episode, and hopefully there will be more story arcs and less of these stand alone, giving more depth to the world they inhabit. Next week it looks like we may return to the Extremis testing lab from Iron Man 3 and the Pilot. Could the show be building to Cap 2 and the Winter Soldier? It sure feels that way.