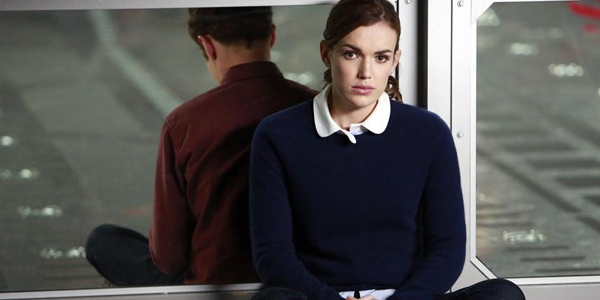 Another mission takes our new S.H.I.E.L.D. on the hunt for another Chitauri artifact, and puts the the life of one of the team at risk.

This week’s show has a lot to do with lightning, which is ironic considering it is also the same week Thor: The Dark World comes out. As the episode unfolds though we find out it is not the God of Thunder who is involved but the Chitauri who have returned in a way to cause trouble.

During the attack on New York firefighters from all over helped including a small group from Pennsylvania. While helping they decided to take a souvenir, a Chitauri helmet that also included an alien virus. The firefighters were exposed when cleaning the helmet and started to die of a techno-electric virus. It was pasted on to Simmons while examining the body. The team spends half of the episode tracking down the artifact, while the other half is spend trying to save Simmons. The team came together and seems to have feelings for each other, but the show is lacking the same chemistry that the movies have between characters. Having seen Thor already, there is a good mix of humor and action, which many of the films have, but the series is lacking it some ways. Hopefully as the season progresses the team will hit their stide and this will become the show we all want.

There were also some clues about Coulson’s change since the battle of New York. He mentioned a few times about not being himself, and feeling rusty. There was also a slight change in his attitude, which seems like he is getting slightly darker. Is he an android? Could this be the start of the road to Ultron?