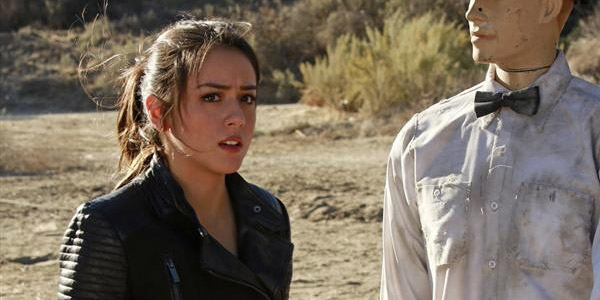 Marvel’s Agents of S.H.I.E.L.D. returns tonight with sone insight into the magical place that Tahiti was for Agent Coulson.

The show returned tonight with one of the strongest stories of the season. The show has been fun, but many fans have been wondering if the show would have to legs to stay around. This episode stepped up the and delivered one of the best of the season so far. All the elements came together that have been building over the season.

Coulson has been captured, the agents working as a team to track down their leader, and Sky on her own trying to find the man who gave her a chance. The split up of the team and story worked to the show’s advantage. There was just enough of the 3 story lines, to hold you interest and build suspense. The main plot point of the show in the previews was finding out what happened to Coulson after Loki empaled him in The Avengers, and it delivered sort of.

Coulson held by Po, Raina, and Centipede was being tortured to try to get information on how to bring some one back from the dead. After a few rounds with a cattle prod, Coulson was not talking until Raina stepped in to try things her way. Po was dispatched with something similar to the device used in Iron Man one by Obadiah Stane. Coulson was persuaded by Raina to give into the questioning and memory retrieval device. He saw himself on a table being experimented on by S.H.I.E.L.D. and started to remember things. Although we still don’t really know what happened, we did find out he was dead for days after the incident, the procedure he underwent were torturous, and Nick Fury did everything in his power and beyond to get Coulson back.

The team was able to work out where he was being held and rescue him just in time, but the damage was done to his loyalty to S.H.I.E.L.D.. The show ended with a surprised Peterson waking up disfigured from the fire and now under the control of Centipede.

If this is any indication of who the rest of the season will be they are off to a good start. There is word that this doubt in S.H.I.E.L.D. and shadow group will figure into Captain America 2 in some way also. Let’s hope that this is the real start to the show and we start to see more of the bigger Marvel Universe as the season progresses.