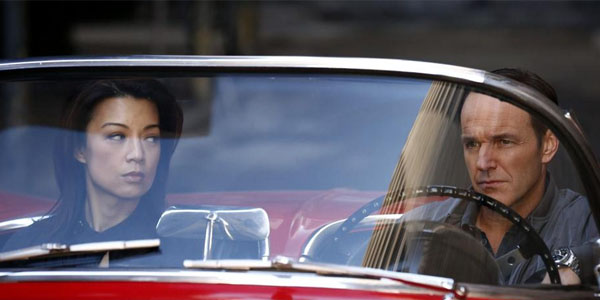 This week dove deeper into Skye’s past and a new Marvel villain. Things start to feel like part of the bigger Marvel universe in this week’s Agents of S.H.I.E.L.D..

The show kicked off with a freak of the week at S.H.I.E.L.D. academy, freezing one of the cadets in a pool turned to ice. The event sent Fitz and Simmons to their old school to figure out what happened, while Ward and Skye did some digging. They started to look in to Donnie Gill, a loner who reminded Fitz a lot of himself during his academy days. Fitz cleared Donnie, and the team continued to look into the other cadets.

While the junior members of the team were checking out the school, Coulson and May went to Mexico to track down a lead on Skye’s past. they found more than they bargained for, when a former SHIELD agent gave them the back story on baby Skye. It turns out she was a object of unknown origin, and getting her out of a small village cost many their lives. There is something special about Skye which could have some “super” implications on the future of the team. May urged Coulson not to tell her the background, but after everything he has been through he just laid it all out for her.

Meanwhile Fitz and Simmons did some digging and it turns out the freezing device was built using materials very rare and expensive. It seems the old bad guy Quinn is behind the creation of the device, employing two students to carry out the R&D. When Quinn asked for a large scale demonstration of the device, it went wrong killing one of the boys in the process. While taking away Donnie to the sandbox, it appears the device left him with some abilities, a villain is born. It seems every time Quinn is involved we get a new villain and this time it is Blizzard.