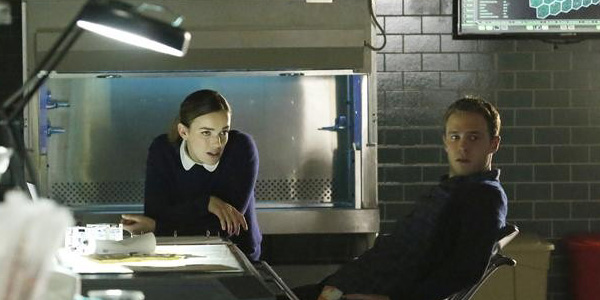 A future supervillain returns with my more developed powers this time around.

Hydra and S.H.I.E.L.D. are in a race to track down Donnie Gill, AKA Blizzard. Both sides want to control those out there with special abilities. This week we finally get to see that the real Simmons has been up to since last season. It turns out she is not just working in another division, keeping her distance from Fitz, she is out in the field. She is working undercover, feeding Coulson intel on the movements of the remains of Hydra.

While Gill was in the Fridge, he learned to control his powers, and this week he shows off just how well he has been trained. He is able to freeze people, specific small items, and even parts of the ocean. Gill is also wary of trusting anyone, so Hydra sends in Simmons to gain he trust and bring him back to them. They want to use him as a weapon, but hit a snag when May’s team arrives.

The team dynamics improve with each week, taking away the stale nature of the first season. One of the most interesting pairing this seasons is Mac and Fitz. Mac has taken a liking to the injured Fitz, and is able to follow the scatter brained genius new way of talking. It is much better than the paring of Fitz and Simmons last year, offering no real depth to the duo. Sky has also stepped up this year, able to follow orders, use Ward, and even gotten to be a very good shot with a sniper rifle. The feeling that this is a real team, working together was missing last year. Dropping right into the action and moving the show along is making this a much better season.

In the end our team takes out Gill, but loses him in the frozen ocean. He will surely be back, but at least out of play for now. Simmons is also on the rise in Hydra, although it looks like she might be in more danger than anyone realizes. Will she be the next Ward of season 2?