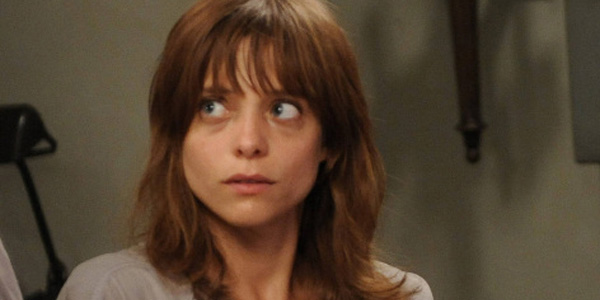 Last week saw the return of American Horror Story, and this week’s new installment of “Asylum” proves the premiere was no fluke– AHS is back, and better than ever.
Did you ever watch The Exorcist and find yourself asking “What if the good guys didn’t win? What if the demon inside little Regan couldn’t be expelled?”  The second episode of American Horror Story: Asylum finds us an answer, with a central plotline revolving around a trouble farm boy who’s brought to Briarcliff to be cured.  Last week saw the introduction of two major forces in the form of Sister Jude (Jessica Lange, proving once again this week just how good her “A” game is) as the woman of spirit and an astonishingly sinister Dr. Arthur Arden, the twisted man of science.  This week sees the debut of a third piece of this triangle, in the form of Zachary Quinto’s man of medicine, psychologist Oliver Thredson.

Thredson and Jude both attempt to save the possessed young man, with very different, and equally poor results. While Thredson tries to diagnose a mental condition of the troubled boy, Sister Jude and the Monsignor believe the situation even more dire, calling in an exorcist.  Things don’t go well, leaving the boy dead and both psychology and religion failed.  Along the way, we learn that while Sister Jude is very different from Lange’s previous AHS character Constance, the two share a not-dissimilar, seedy back story, revealed as the demonic young man spews Jude’s darkest secrets in front of her would-be lover the Monsignor, as well as her new found rival Thredson.

Amidst this delightfully Stephen King-esque clash of wills, we also get to know our trio of seemingly-innocent Briarcliff inmates, as Grace is torn in her allegiances between Lana, with whom she’s planning a breakout, and Kit, whose innocence only she seems to believe.  I’d like to think Lana was making a stupid mistake by refusing to believe Kit is not the impossibly lame-named serial killer Bloody Face.  Evan Peters’ portrayal as the young man who lost his wife– only to be accused of butchering her and several other young women– seems to be a classic “innocent man, wrongfully accused” character, but if the first season of American Horror Story was any indication, that perception could be revealed to be false anytime. Maybe Lana isn’t impeding her own escape based on her personal judgment of Kit, but is actually ahead of the audience?  Or will Kit become the Bloody Face of the modern day, slaying pop rock stars in an abandoned Asylum because of the accusations of folks like Lana?

It’s an interesting dynamic to be sure, and I love that even our three “innocents” are far from on the same page with each other.  The same could be said for the probably former Nazi Dr. Arden, whose twisted taste in women ups the sleazy sex (and full rear nudity) quotient of this episode exponentially. The bad Doctor has a serious thing for Sister Mary Eunice, although he knows better than to tell her on their frequent walks to feed whatever terrible creatures he’s keeping outside the walls of Briarcliff. Instead, he’s doing what any slimy, depraved creep would do and hiring prostitutes to dress like her at his place. This leads to a wonderfully tense standoff in his abode, and shows a taste of Arden’s pretty huge problems with women.  His problems are only amplified after his encounter with Chloe Sevigny’s Shelley, who scores a lot of empathy points as she tells her own tale of wrongful imprisonment at the Asylum, before burning that pathos by soliciting Arden for sex.

So there’s a lot going on, as characters cross paths as often as parting ways, and I really like the King-style two levels of story going on here, with the various pillars of science and spirituality squaring off with the more grounded stories of the inmates caught, unfortunately, right in the crossfire.  “Tricks and Treats” continues last week’s trend of packing just as much craziness as Season One into the new story, but in a much more cohesive manner– everything is interconnected in a way that the first season never seemed to keep a handle on, and Asylum is proving to be a much better story for it. That exorcism scene was better than most we see on the big screen, and I cannot wait to see what comes of the aftermath, now that whatever was inside the dead boy has made its way into poor, dumb Sister Mary Eunice. 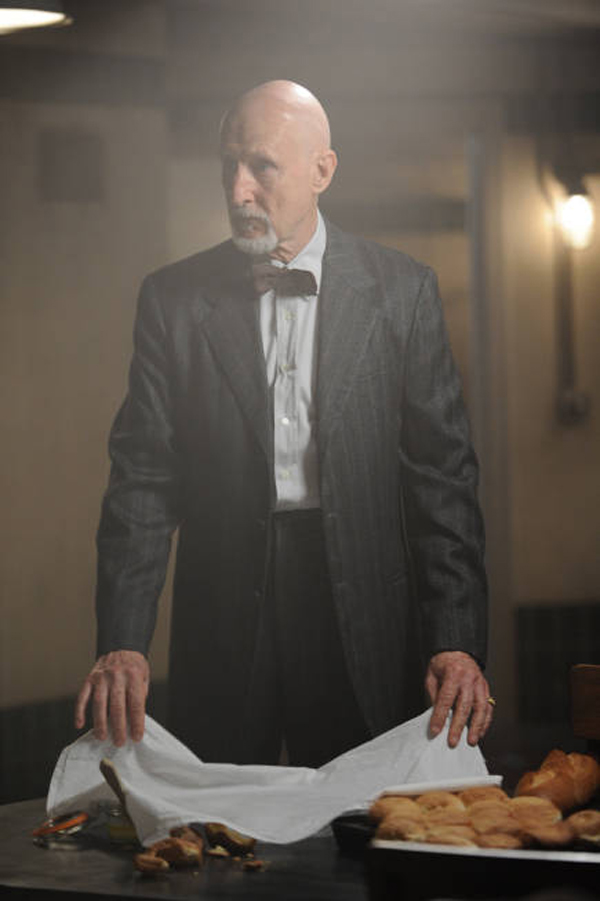