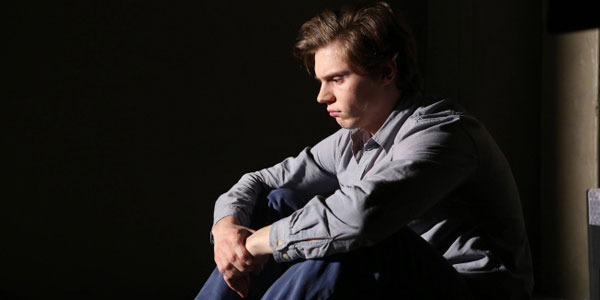 What an awesome week at the Asylum!

We’re getting mighty close to the end of Season Two of American Horror Story, and at this point I’m scratching my head as to where they’re gonna go for another two hours of story.  “Spilt Milk” continued last week’s trend of scoring some for the good guys, and there was a lot of victory going on– along with some new potential landmines.  Kit and Grace are reunited and he opts to marry her to raise their child together.  Unfortunately Dr. Thredson has other plans, and he and the Monsignor wrest control of the baby away from the couple, to an orphanage.

It turns out to be part of Thredson’s revenge against Kit, who refuses to help Bloody Face find the tape which damns Thredson and exonerates Kit of the string of murders that got him locked up.  Kit doesn’t even know whee Lana hid the recording, but once Jude comes through on her promise to Lana, both the reporter and the tape make their way out of the Asylum once again.  By the time Thredson catches up with Lana, the evidence is in the hands of the authorities and they’re closing in on the mad doctor.  After one last, great back and forth about the cruel story of what Thredson did with the remains of Lana’s lover Wendy, Lana decides jail is too good for this monster, and shoots him in the face (causing me to totally lose my shit!).

So last week, Arden and Mary Eunice both got put down, and now Thredson’s out of the equation, too.  Kit is freed after the cops realize he wasn’t the killer, and he gets the Monsignor to release Grace as well, seeing as how she’s technically dead, no one will know and the couple are both set free to reclaim their child and start their life together.

It seemed like a super-happy ending, two weeks early for the gang of good guys, but there’s some things creeping in at the edges that I’m sure will resurface before this story is over.  The most obvious is Kit’s wife Alma, who Grace told him she saw dead aboard the aliens’ spacecraft, but who also happens to be waiting for him, with a child of her own, as he returns home with Grace in tow. Kit isn’t the only one in an uncomfortable spot– even after killing Thredson and being revered as an ace reporter and a hero, Lana can’t bring herself to abort Thredson’s child… bad news, since we know from the flash forwards that he takes on some of his dear old Dad’s more unsavory habits.

The only one in trouble all along is Jude, starting to come to her senses after the electroshock therapy, who has an explosive argument with her former idol the Monsignor, leaving him more than ready to sever ties with the Asylum’s former matron, permanently.  He locks her deep in solitary confinement, fabricating her death certificate so the outside world, even the grateful Lana, believe she’s dead.  I have no idea how Jude is going to get out of this, but it looks like we’ve got our endgame– the former nun versus the corrupt priest.  Earlier this season, I loved the Stephen King-style “good vs. evil” vibe of this season, and I love that it looks like we’re circling back to that theme for the final few weeks… although I never imagined it would come down to Jude and Timothy.

Of course, there’s likely to be more ties between the past and present as well, as Thredson and Lana’s son Johnny gets weird (and eventually murderous) with his latest victim– a lactating prostitute.  The new Bloody Face seems to share the same psychosexual mysogynistic issues as Oliver, and I’m curious exactly how he got from the crying baby Lana hesitantly decides to nurse in the hospital, to a thug with the same murderous drive as his evil father.  I’m pretty sure we’ll see more ties between the two timelines over the next two episodes, and I can’t wait to see this nasty connective tissue fleshed out and revealed.

This week’s American Horror Story finally delivered the payoffs we’ve been hoping for all season… but the fact that it came so early means there’s sure to be more trouble on the way– and I’m getting a bad feeling this week was the closest to a happy ending any of these characters is likely to see.