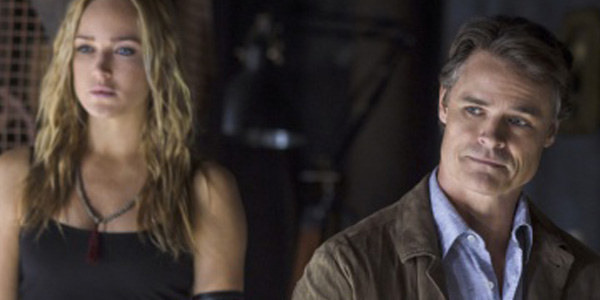 The focus shifts from Oliver to Sara when the League of Assassins come to bring home one of their own. Find out if all of the Lance family survives this week’s Arrow.

For the last year or so all the flash back have been of Oliver on the island, supporting characters back story have been part of the comic by Marc Guggenheim, but this week the flashback focus on Sara. We are taken back to the Queen’s Gambit and the accident, finding out that Sara was taken aboard the AMAZO, and kept in a cage just like Oliver. She however is not shot, she is taken in by the boats benefactor, Dr. Anthony Ivo. We don’t learn much about him yet, but when the episode ends with Oliver’s capture Sara is the not the weak and crying girl she was when first on the ship, she is a in control scary lady.

Back present in Starling City, the League is here to bring Sara back, Ra’s Al Ghul send Al Ow-Al, the first one, to bring her back, he attacks Sara at the Queen Mansion. Oliver and Sara are able to take him down, but barely. She starts to share her story a little with Oliver and team, but decided to go it alone. She realizes that her dad and sister are in trouble as long as she is there, so Oliver and her spilt up to protect them both. With little choice Sara reveals herself to Quentin, but make him promise not to tell Laurel.

She brings him to the clock tower for the final show down with the League. She is able to take down Al Ow-Al with the help of Oliver and Quentin, and they she disappears.

How much long will it be before Quentin is brought into the inner circle? And when will the Canary be back?