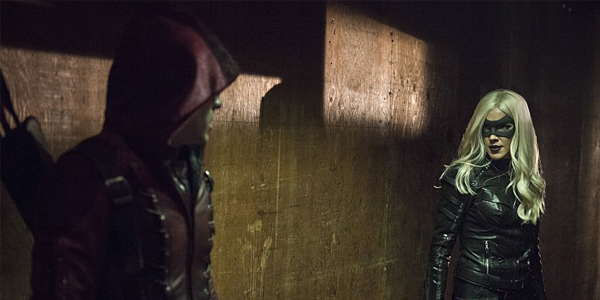 Can Roy and Laurel protect Starling City with Oliver and Sara gone?

Oliver is recuperating in a snowy cabin, while his city is falling apart. Brick does not want to just run the crime in the Glades, he wants the whole district. His newest plan is to kidnap the mayor and aldermen, but Laurel, Ray, and Lance are able to stop part of the plan, leaving Brick with only three aldermen.

Roy and Laurel, the new duo, tries to save the Aldermen, but are not up to the challenge. As a result Brick kills one, and continues on his plan. He gives the Mayor an ultimatum, leave the Glades or the last two die. The Mayor gives in, but not before the crimefighters can get the Aldermen back. All the work Oliver has done is falling apart as he heals.

Laurel is learning how to fight crime, but shows just how unprepared she really is fighting sloppy, and attacking when she should retreat. It is not until Felicity talks to her that she sees that she needs to keep going, but learn from her mistakes. She also helps the blonde genius hacker to rejoin the team. They may not be the same without Oliver, but that does not mean they can’t protect the city.

Oliver is recuping with Tatsu and Maseo, but their hiding spot is compromised when the League comes to find them. Museo is forced to kill the group, making it unsafe to stay and they all have to leave. Maseo returns to Ras, and we find out Thea’s DJ is really a secret league agent.

The hours is spent mostly on the secondary characters of the show, and really works. The writers have build an amazing team, showing that one hero is not always the center of the show. In a world of comics heroes come and go, some time for extended periods of time, so it’s amazing how well they have replicated that in the show. It allows for much deeper stories to be told, just like the books.