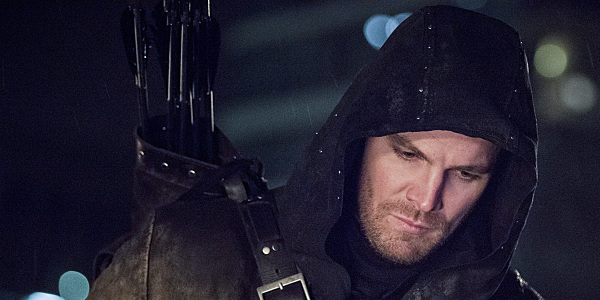 I love Arrow, but lately something has been off. It’s not that something with the show has changed, but it feels like something is different. It took me a while to figure that out, but watching tonight, it hit me.  It’s the Flash.

Arrow showed us that there was a better way to do a superhero show, and that was honorable. Then the Flash comes along and shows us an even better way than that. Now there’s an even bigger complication, in tha 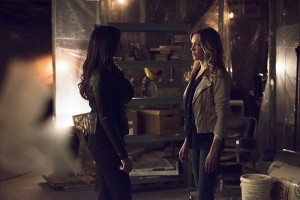 t the two shows share a universe. Granted both are doing something different as far as tone is concerned, Arrow has still lost its way. But it can be brought back. This is evidenced by “Al Sah-Him” While there’s a lot to love, it’s a shadow of what we know the series to be capable of.

One thing about Arrow that I have always praised is character relations. I’m still praising it, and I doubt I’ll ever stop. Nyssa and Laurel’s developing friendship hasn’t been explored as much as it could have been, but that has been due to an overabundance of drama this season (which I will touch upon later). The thing that Arrow forgets, and “Al Sah-Him” glances on, is that it is equally important to show us the normal side of the superhero life as it is to show us the rooftop rumbles. There really isn’t enough sweet to wash the bitterness of the season down; sure the milkshake scene is a step in the right direction, but it’s all too brief to affect the intense climate. 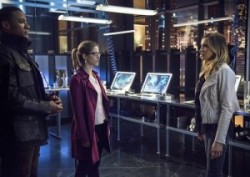 There’s still a lot to love about “Al Sah-Him”. We’re getting to see a little more about how the team functions without Oliver, but there’s a twist when he ends up being Team Arrow’s enemy for this particular outing; and a surprisingly good enemy at that. It’s a twisted matchup that’s sold by some solid directing and editing during the indoctrination scenes that help establish Oliver’s place in the plot. Though the scenes are relatively brief, they effectively get the point across in a short amount of time. The overall conflict is sound, and the fight scenes are top notch, but something has to be done about the drama. Arrow is starting to seem like a soap opera. This is the exact same thing that happened with Smallville, and it’d be a shame to watch it happen again.

Final Word: “Al Sah-Him” is Arrow. All of its goods and all of its bads. It has been a long slow road, but they’re finally starting to shed some light on the HIVE and the episode of Arrow where Oliver revea 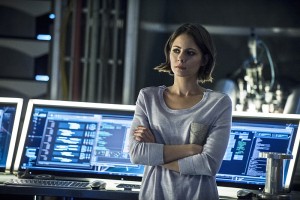 led his identity to Roy. It was a good idea to bring it back, since the League of Assassins plotline has been severely lacking. Laurel and Nyssa’s friendship is a real girl power element that has been missing since the character of Sara died. It’s refreshing to watch them interact with each other on both the battlefield and in more mundane activities. Their connection is strengthened by seeing them do both the superhero stuff, and the normal people stuff. It’s an aspect that was integral to Team Arrow’s successful and interesting dynamic, and its exclusion could be why the season has been so stale. Laurel is tough and determined, but clumsy. It’s been a worthwhile progression for her character, and has been far more gradual and rewarding than some of the other superheroes and villains portrayed in the show. Thea finally suits up, and it’s well worth the wait. It’s exciting to see her take the place of Roy Harper, like she was always meant to. The fights are still incredibly cool, bu 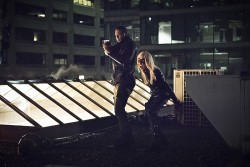 t the Canary Cry is underwhelming, and still needs a lot of work.

Watching David Ramsey’s Diggle take up arms against Oliver is just the shot in the arm his character needed. Finally, the ending makes it all worth it. A huge warehouse brawl ties everything up, and left me on the edge of my seat. I have to admit though, the big bad plot was entirely too similar to the other seasons’; far too similar, in fact. There’s only so many times you can plot to destroy a city before people start to yawn; and despite having a great buildup to the moment, “Al Sah-Him” still ended with a disappointing sigh. There’s no reason this show can’t come back, but it’s not going to be more Arrow that saves it. Only by embracing the comic books’ tone and themes will Arrow begin to find the right balance between what made the show such a hit, and what makes the Green Arrow so iconic. Or maybe just tone down the drama…seriously, it’s too much.