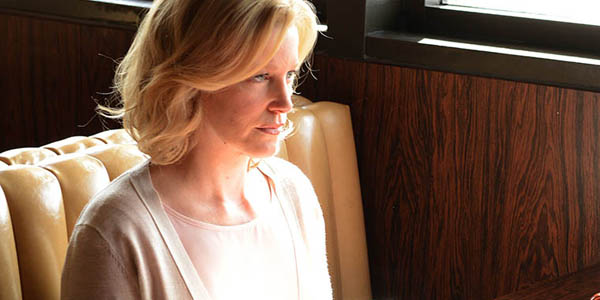 After last week’s explosive ending, Breaking Bad steps back to move all the pieces further into place. I don’t think any of this will end well.

After last week’s (literally) show stopping face off between Walt and Hank, it’s not a huge surprise that this week’s Breaking Bad would be a little quieter.  But “Buried” still managed to pack some powerhouse punches, and sets all the pieces in place toward what seems more and more likely to be an ugly, rough end to this story.

Skyler takes center stage from much of this week’s episode, as she becomes Hank’s primary person of interest in his quest to bring down Walt before his returning cancer claims him.  Her DEA brother in law gets to her faster than Walt can, meaning Skyler discovers everything Hank has learned secondhand, and she improvises her way through dodging his questions and being sure to paint herself in a vague middle ground between victim and accomplice (which, really, is right where she’s been for the past two seasons).  Despite his dedication to her and the family, Walter still doesn’t trust Skyler, and through the course of his actions this week– circling with Saul to track down Jesse and let him know what’s going on, transplanting his mountain of money from the storage locker to a hole in the middle of the desert– he seems shaken by not knowing whether Skyler is helping him or ready to sell him out to Hank.

The answer, really, is neither– Skyler doesn’t take Hank’s diner interrogation as an opportunity to separate from Walt for good, but she also isn’t overly focused on protecting him.  She’s trying her best to keep her head, as Hank’s questions and suggestion that she not get a lawyer become slowly more aggressive, and while she succeeds in deflecting him for the moment, her final line demanding he answer “Am I under arrest?” has a sense of impending terror that feels thematically appropriate for this beginning of the end, even if it lacks the mem-worthiness of Walt’s “Tread lightly” line from last week’s premiere.

Hank tries again to get Skyler to crack, using Marie to talk to her sister one on one, and once again Skyler succeeds, after an even more intense encounter in which Marie tries to steal her baby, after beginning to realize just what a dangerous and deadly environment Walt and Skyler have made for their family.  Sky’s final heavy conversation of the week– as she and Walter finally reconnect after he passes out in their bathroom– is the most personal of the three, in which Walt finally confesses to her that his cancer is back.  It seems like Skyler has finally realized how truly complicit she has become in Walt’s misdeeds, and the grim reality of her tenuous situation is weighing on her in a way just as urgent as Walt’s ticking timebomb cancer is to him.

Like last week, all the heaviness is broken up by small scenes that are the funniest we’ve seen since Season One.  Huell’s glorious return– he’s been tasked to prep Walt’s storage locker fortune for transport– ends in a hilarious nod to Ducktales that had me dying.  The other side story this week features Lydia, still intent on saving her own skin, as she attempts to course correct the lousy production standards of Walt’s meth lab replacement.  When talking doesn’t work, she goes with plan b– a (very) hostile takeover which leaves the drug runners and their new cook dead, and the whole operation being inherited by Todd (Landry!) and the gang Walt enlisted for his prison purge last season.

The still-despondent Jesse doesn’t get much screen time this week, but by the end of “Buried,” he winds up in the police station, and is discovered by Hank.  Hank pieces together Walt’s apparent relationship with Pinkman, and recognizes Jesse as the next possible chink in Walt’s armor, which he hopes to use to bring down the would-be kingpin.  The episode closes with Hank getting himself into the interrogation room with Jesse, and I’m left wondering– will Jesse’s long standing hatred of the DEA agent keep him from cooperating, or will Hank become the redeption for Jesse’s guilty conscience?  I’m sure we’ll find out next week…