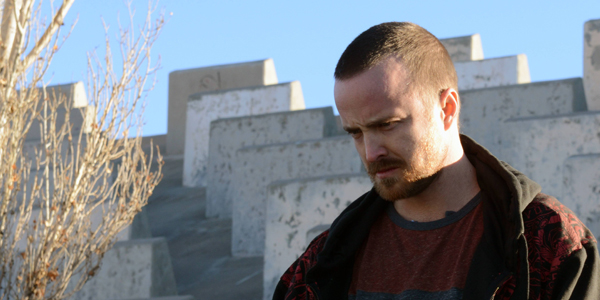 Once again Breaking Bad delivers one of the most intense and riveting shows in history. Jesse grows up, Hank gets knocked down, and Walt shows once again why he is the ring leader of this circus.

“Confessions” is a show full of revelations, not just from Walt but others in the show as well. The title fully captures what everyone of the characters is going though at this point in time from those who are confessing and those who just can’t.

One of the best parts of the show are all the turns in the plot you don’t see coming. Walt sat in his bed room and confessed to all his crimes on tape, but we are only allowed to see the first few seconds of the confession which lead into one of the most awkward dinner double dates in TV history. Both Skyer and Walt tried to talk the in-laws into letting this all go, but it was Marie who surprised us all by asking Walt to just kill himself. Even before the appetizers arrived the Whites left, leaving Hank and Marie with the disc of the confession. The audience got to watch the full disc with Hank and Marie, and learned it was not a confession for all of Walt’s crimes, but Walt pinning it all on Hank. He had dates and details and was very convincing  in blaming the head of the DEA with all the crimes Walt had committed. If Hank does try to take Walt down, he will have to figure out how to stop Walt from blaming him for it all.

The performance of the night comes from an actor who has been near comatose over the last few weeks, Aaron Paul as Jesse. Jesse is going though a hard time trying to deal with all the evil he and Walt have perpetrated over the last year in show time. What started off as a fun way to make money and get high, has turned into the worst year for almost anyone, and Jesse is finally seeing the evil that is inside Walt. For the last few seasons Jesse has turned a blind eye to Walt’s actions and never been able to stand up to him, but tonight all the puzzle pieces came together in Jesse’s mind and he lost control. The episode ended with Jesse attacking Saul, running a car into the front of the White’s house, and pouring gasoline all over the living room. Will Jesse burn it to the ground and is this the event that will lead to Walt’s down fall? We only have 5 more episodes to watch it all come crashing down.