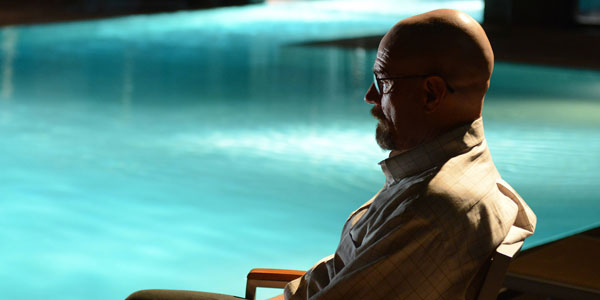 Walt and Jesse’s partnership is completely dissolved… There’s no coming back from this.

Walt and Jesse’s alliance/ partnership/ friendship has been disintegrating over the course of the last two seasons, but this week’s episode of Breaking Bad puts the final nail in the coffin.  As lies inadvertently bring to light long buried truths, the former dynamic duo of meth production circle each other in a tense, hour long dance leading to the inevitable.

The structure of “Rabid Dog” is split in half, much like Walt and Jesse’s time together.  We witness what happens to each player in the same time frame, before both converge in an incredibly tense almost-standoff.  We start with Walter, as he arrives home moments after Jesse poured a can of gasoline in the house, with the intent to burn the place to the ground.  But Mr. Pinkman is nowhere to be found, as Walt searches room by room.  With Jesse MIA, Walt realizes he has to hide what almost happened, so he invents a rather lame lie about a gas pump malfunction and moves his family to a hotel while the carpets are replaced in their home.

Walt is the king of lies, it’s one of the things that has gotten him as far as he has come, but the odd thing is… he’s not very good at it.  His gas pump yarn was one of his weakest, and even though Skyler and Walt Jr. both go along with the plan, neither believes his weak alibi.  Walt’s son thinks his father is too proud to admit he passed out at the pump due to his cancer, a missed interpretation Walt picks up on.  Skyler figures out the truth, and squeezes Walt for the whole story.  He admits it was Jesse and an attempt at arson, which causes Skyler to implore Walt to kill his former protege, to protect the family.

Meanwhile, Jesse picks up moments after pouring the gasoline in the White household, and as it turns out his change of heart was not based on conscience, but on Hank holding him at gunpoint.  The DEA agent proposes an alliance with Pinkman, so the two can bring down Walt together.  Jesse hesitantly agrees, but quickly realizes Hank is still bound by procedure, even if his case is operating just outside the limits of the law.  They need actual evidence against Walt, since everything that’s left is circumstantial.

When Walt calls Jesse to ask for a meeting, Hank jumps at the opportunity to send Pinkman out with a wire, in order to record some hard evidence against Walt.  Jesse is convinced Walt intends to kill him, using the proposed conversation as a trap.  He goes along anyway, but aborts the plan when he sees what he perceives to be a sniper in Walt’s proximity.  Instead of talking, Jesse calls Walt from a pay phone nearby and solidifies his plan to kill his former partner.  As Jesse leaves, Walt is left with no choice, and calls Todd to employ his uncle once again, this time to kill Jesse.

Somehow, this season of Breaking Bad keeps escalating the danger and ramping up the tension as we approach what continues to look like a very bleak ending.  “Rabid Dog” may have been another more quiet, establishing episode, but it was completely loaded with a slow burn sense of dread and scenes crafted with an almost impossible level of tension building.  From Walt’s search for Jesse to the final moments as the meeting– the one last chance (maybe?) for the split of these two partners to end non-violently is completely extinguished, this episode was filled with white knuckle edge of your seat moments.

What I find interesting as we draw ever closer to the end of Breaking Bad is how truth seems to take a backseat to a bigger, more karmic sense of justice coming down on our protagonists.  Each of the notches that Jesse and Walt chalk up against one another are completely understood, most being completely misinterpreted, even when the outcome was the same (after all, Walt didn’t use the Ricin on Brock, although he did poison him).  This miscommunication has lead them both here, into a figurative standoff from which it’s looking more and more that Jesse will not walk away from.

While Walt and Jesse are on a collision course, Hank still very much plans to stay right with the pair, as his Ahab-like obsession with bringing Walt to justice gets even more severe.  He knows full well that sending in a wired Jesse could lead to Pinkman’s death, but he’s willing to make that sacrifice to get him even an inch closer to taking down Walt.

But the most intriguing part of this week’s episode is that, for once, we don’t get in Walt’s head at the end.  After the attempted arson, everyone from Saul to Skyler keeps telling Walt to kill Jesse, that the only way to neutralize the problem is to put the “rabid dog” down.  Jesse is convinced of Walt’s intent prior to the meeting Mr. White calls, and Hank seems to at least acknowledge the possibility of Pinkman walking in to his death… but we never know for sure what Walt’s true agenda was.  It’s suggested he legitimately did come to talk, another last ditch attempt to talk Jesse down.  But while the thug Jesse spots is not Walt’s hitman, there are countless other subtle ways Walt could have killed Jesse during their meeting, even in broad daylight in a public square.  I tend to think Walt’s motives were good, that he believed he could once again act as a father figure to Pinkman to calm him down, or once again convince him to disappear.  But there’s no way to know for sure… Not that it matters now– both ex-partners have cemented their stances, with their sights fixed squarely on one another.

We know Walt survives at least to his 52nd birthday… so I have a bad feeling Jesse Pinkman is not long for this world. 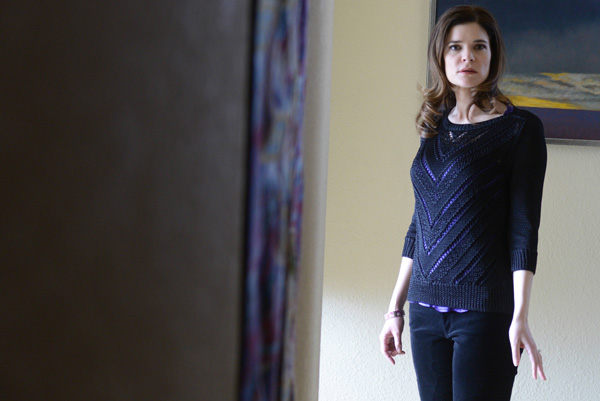