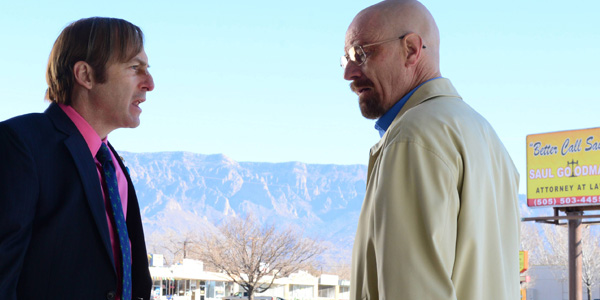 For the last five years Breaking Bad as left fans on the edge of their seats and tonight was no exception. Tonight was one of the most intense episodes on the show, maybe in TV history.

Over the past five seasons the audience has watched Walter White manipulate the world to make his plans work. Walt has done it all to make us cringe from running over a pair of drug dealers, to blowing up a retirement home, to poisoning a child. He has turned from a weak high school science teacher that everyone stepped all over to a drug kingpin willing to kill anyone in his way. Tonight all the control he has had over the last few years appears to have slipped through his fingers.

The old saying what you don’t know can’t hurt you could not be more wrong for Walt. Not knowing that Hank has Jesse has been his down fall. Although Walt has always said this was all for his family, it really has been about his own ego, and that is what was his downfall tonight. Hank has spent the last year in show time one step behind Walt, and time and time again Walt has underestimated Jesse. Tonight it all caught up to him and the tables were turned.

Jesse and Hank used his Walt’s own greed against him, and got him to lead them right to his stash of cash. What Jesse and crew did not know was Walt had given up on Jesse finally. After 6 years of protecting Jesse in one way or another Walt finally saw there is only one way to come out of this alive and intact, alone. There were many little details in the show like Walt going back to see Andrea and Brock to use them again, Hank using animal brains to flip Huell, and Todd and his Aryan family trying to cook the blue meth, but the last 15 minutes left the audience with the most intense cliff hanger ever. Walt has nowhere left to go, he is surrounded by Hank, Jesse, and Gomez in the middle of the desert. He gives up, is read his rights, and handcuffed. Walt has no where to go, until Todd’s crew arrives for the stand off to end all stand offs.

We know from the flash forward Walt will make it out of this this week but everyone else is up in the air. So who do you think will survive?  Head over to our Facebook page or Twitter to talk about this episode.