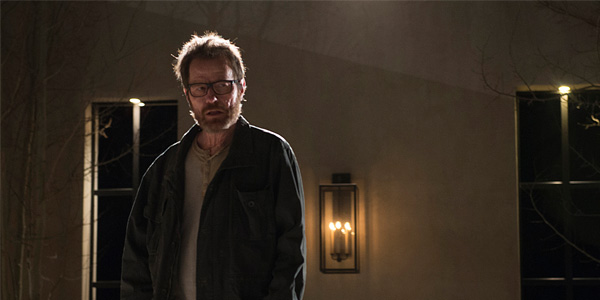 A series full of ups and downs, crafting a near perfect 6 year run, Breaking Bad came to an end this week. All the puzzle pieces over the 2 years finally all came together and Walt pulled off one of the most amazing plans in the entire series.

In the final episode of Breaking Bad Walter White has crafted his final and greatest plan, going out on his own terms and saving Jesse.

Throughout the whole series we have known that Walt has to die, whether it was the cancer or his newly found career one would take him down. In his last hours he put a plan into motion which would set his family up for life, and take down all those who would harm them or used his reputation to profit. In last week’s episode walt was ready to give up, and one Charlie Rose interview lit a fire under him, giving him the motivation and final idea which would make sure all of this was not for nothing.

After 6 years and 62 episodes creator Vince Gilligan has crafted a show that was full of surprises. In a world of technology where almost nothing is a surprise, the cast and crew were able to keep everything under wraps and kept fans guessing never knowing what would come next.

This show was personally hard for me to watch. I was about the age of Walt Jr. when my own dad was diagnosed with lung cancer. He was not like Walter, he was an immigrant who built his own business without being able to read and had issues speaking the language. I saw a lot of him in Walt throughout the series, my dad’s need to set us up when he was gone but knowing he did not have the means, knowing he would not see me grow into a man, and fighting for every last breath in his body. It was difficult to relive those moments with the White family, but also made the show that much more real for me personally. It’s not often I can relate to shows like that, and it made it so powerful for me as a viewer. The real life moments aside the action and weaving of the story may go down in history as one of the best show ever created. This has been the only show that has kept me literally sitting on the edge of my seat at times, and even causing me to jump off the couch with shock and awe at the things they have pulled off over the years. The show was perfectly scripted never fumbling, and always moving the characters and plot forward.

Thank you to Vince Gilligan, Bryan Cranston, Aaron Paul, Anna Gunn, Dean Norris, and the rest of the cast and crew for an amazing experience.