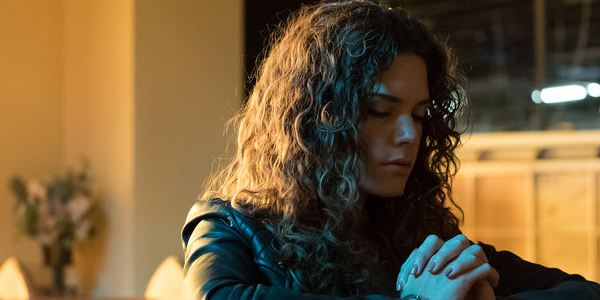 Either Constantine is actually starting to get good, or I am experiencing early signs of dementia.

Sadly, I can’t honestly say I know for sure that there is a difference. So here we are, and on the one hand 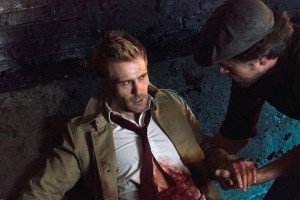 there’s the possibility that my mind has become so ravaged by the barrage of mediocrity that has seemed to spew out of NBC every Friday for the last several months, or something has been knocked loose in the train wreck they call a studio (I know, but I’m still hurting.) and now there’s an actual cohesive narrative being built. Frankly speaking, it’s taken them so long to get to this point that I’m not sure it really matters anymore. Though now there are rumors that Constantine might be given a stay of execution by transferring to the SyFy channel, which I find is made increasingly more hilarious when you consider that this weeks episode (Angels and Ministers of Grace) is all about second chances (Seriously? No one else thought this was funny?).

This is by no means better than A Feast of Friends, which still holds the gold in my heart for the best of the series so far, but what it does do is give Angelica Caleya her very own “Quid Pro Quo” that expands her character and FINALLY gives us an internal conflict, for the character, with some teeth. What makes it better is 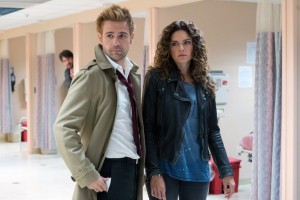 the utter lack of solid realization because more than anything Constantine is a mystery show, and mystery doesn’t work if the answers are easy to obtain. But ultimately it’s left to Zed to wrestle with, and it’s a problem that reveals more about her character’s mindset than any of the previous episodes, including her faith, mortality, and most importantly the sacrifice that comes with being one of the “good guys.” It’s also some of the best acting we’ve seen out of Caleya as she really seems to have gotten comfortable in her character’s skin. While Caleya is the obvious stand out, Matt Ryan and Harold Perrineau as John and Manny, respectively, get some extended screen time as Manny gets to work in a more hands-on capacity for this adventure. It’s time well spent too. Manny’s recent condition allows for some scenes that have more relatable situations (well maybe not relatable…more like easier to imagine). But it’s the sick joy that John seems to get out of clipping Manny’s wings that carries the most characterization. It was also nice to see Ryan get more expressive this time around instead of playing cool (the scene with the scry map was a good example). Characters are starting to shed their skin, and reveal a lot of layers than were there before.

Believe it or not though, the biggest surprise for me wasn’t the intriguing character dynamics of the episode, but how competent the mystery aspect ended up being. There are dead-ends, investigations, red herrings, and it all culminates in a decent reveal…but kind of a lame resolution. Well maybe not lame, just way WAY too 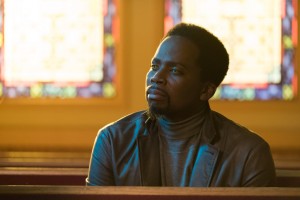 easily earned. Also, what was the point of that one lady staying alive? I mean, that one just went over my head.

Final Word: Great character motivations, strong performances, and a competent mystery tied together this better than average Constantine. Maybe it won’t win any awards, (This has become a bit of a catch phrase for me) but it was damn good for Constantine. The pacing is decent, the direction doesn’t over extend or underwhelm, and the atmosphere is maintained successfully. Three decent episodes in a row kind of makes me wonder if there’s something worth sticking around for down the road.

If they can manage to keep this up, I would definitely not mind seeing this series return for a second season. Maybe Constantine deserves that guardian angel that’s looking out for it, after all.