DC’s Legends of Tomorrow: Pilot Part 2 has more going on before its opening title screen than most shows have in an entire season.

A lot of rough introductory problems are out of the way for the second episode, making the ride a lot smoother for Pilot Part 2 (Maybe they should have put a little more work into naming these episodes). The biggest issue, being the awkwardly delivered exposition, has been refined quite a bit for the second episode. We’re not hearing characters stating their ages, occupations, or years worth of memories (I’m looking at you Hawkman) as frequently. What makes the exposition flow better for this one is the differing perspectives and motivations of the current events of the episode. Each Legend has different priorities, comes to conclusions, and assesses threats in a way that’s unique to their character. There are nine different perspectives running at any given time, so naturally each interaction is a constant battle between personalities. This gives each conversation density, meaning that a lot of information is coming out all at once, but there are so many characters that it doesn’t seem unnatural for thoughts to be shared and expounded upon. Most of this coming from Rip Hunter, who acts as the guide for laying out the rules of time travel, and yes that is very important and will only become more important as the series progresses.

“You’re welcome, Norway”
The team’s lack of trust in Rip is warranted, but also very tragic. Perhaps the most interesting thing about Rip is that he has proven to be so deeply compromised emotionally, and yet as a leader, he appears to be irreplaceable. Remember that vacuum I talked about in the last review? Throughout the episode we see the best and brightest of the Legends attempt, in vain, to fill the void left behind by the shattered remains of Rip’s credibility. Nowhere is this more evident than in a warehouse 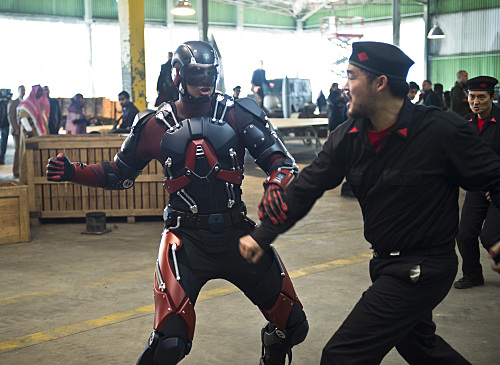 meeting with a who’s who collection of dangerous terrorist groups. What makes this scene so interesting is the purposeful exclusion of Rip Hunter in the proceedings, which comes in the play later. I probably don’t have to tell you that subtlety ends up on the back burner, and a massive fight breaks out with…well everyone. They use the warehouse fight scene much more effectively than they did in any of the action sequences shown in part 1. The scene itself is still chaotic, and they’re still having problems decluttering the action set pieces, but, in this case, it’s chaos with the purpose of seeing the through the eyes of Vandal Savage. The sequence beautifully pushes the big fighting stuff to the background to showcase Savage reveling in the pandemonium (I don’t know if they realize the detriment all their combat is having on their mission. Savage thrives on carnage and combat, how would it serve them to bring more to his doorstep?) Despite all this seeming to turn in the Legends’ favor, Rip helpfully, and condescendingly, points out all the beautiful ways that their pear-shaped infiltration harmed their overall mission. It’s an entertaining monolog filled with brilliant exposition that Arthur Darvill delivers with both ashen horror and dry wit. Suffice it to say that this more than anything, and better than most time-travel shows and movies I’ve seen, really highlights the consequences of messing with events that have already occurred; instead of saying “No no, we can’t do that because…uh…fixed points and critical events, and stuff.” It grabs the audience and says “this is what they did, and this is what it caused.”

Sparking up a doobie
Big concepts are at work, but the story is still in the 70’s, so there’s not a lot of new ground to cover in the regard. Instead, we are able to witness a paradox we’ve all personally thought about at one time or another. Going back to meet and interact with our younger selves. In this case, it’s a 25-year-old Martin Stein, and considering this is 1975 there’s quite a bit about Martin’s younger days that he seemed to block 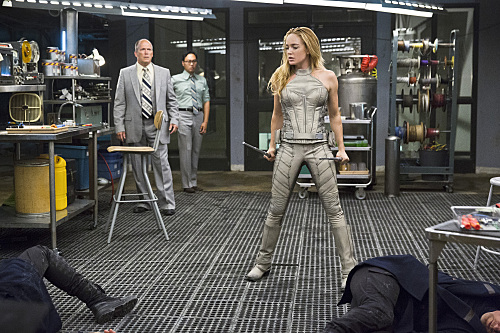 out; including a brief love affair with recreational cannabis usage (the 70’s). Now clearly Arrow and Flash attract a younger audience. There’s a lot of explicit themes of use in those cases, but they still maintain enough plausible deniability to acquire an on the line PG-13 rating, for lack of a better term. This, on the other hand, is just blatant. What interests me about this is that it might just be a changing of the times, but how strange is it when there’s a strict rule stopping John Constantine from smoking a cigarette (a legal product) on a network television show, but there’s no rule for showing characters who are supposed to be superheroes casually using illegal drugs? Now, bear in mind that this doesn’t bother me personally, but the paradox is worth noting. In fact, this was probably my favorite sequence of Part 2, not just the casual approach to smoking weed, but the struggle for Stein to maintain his composure in the face of his past embarrassing personality and nonchalant attitude about his professional work. It fits his character, but it also shows he wasn’t always who he is in 2016, but in many ways he was. It’s a burden of the folly of youth that a lot of Legends of Tomorrow’s audience can relate to, but it’s also played as humorous thanks to some brilliantly casual acting from Caity Lotz and Franz Drameh, and also fateful thanks to some passionate internalization from Victor Garber.

Another thing I like about Legends of Tomorrow is it’s a massive cast of capable and skilled characters. When you watch Arrow or Flash, and it cuts to a character that doesn’t really have anything going on, but it cuts to them anyway because they haven’t been onscreen for a while, it seems sort of contrived. Is this the most interesting thing that the character could be doing for the story right now? If not, why is it being 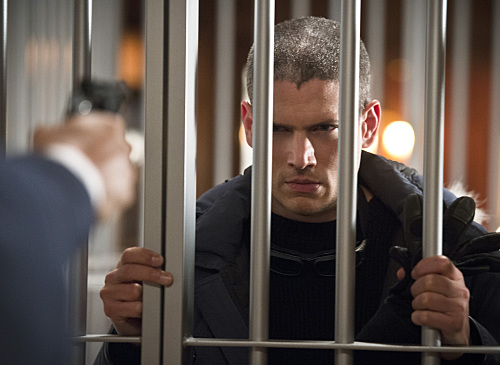 shown? Is it important? None of these questions come up during Legends of Tomorrow. Every character is preoccupied with something that is going to come into play later in the episode, taking part in an amusing or enlightening dynamic or involved in a scene or event that bolsters characterization and development. Since there’s such a high amount of capable characters involved, they’re all doing something that is forwarding the story and developing their character. By act 3, the team is split up into three units. Stein, Sara, and Jax are trying to track down a dangerous weapon, Carter and Kendra are attempting to unravel a four-thousand-year-old mystery, and Mick, Leonard, and Ray are trying to break into a secure location to steal an artifact that can actually harm Savage. Now which one of those seems like it has the least going on as far as intrigue is concerned? Exactly. All of it is exciting and enlightening. The scenes involving Stein, Jax, and Sara are filled with characterization and humor, the scenes with Carter and Kendra are all about development and dynamic, and the scenes with Mick, Leonard, and Ray are all dedicated to friction and dynamic (even going so far as to introduce themes of socioeconomic class and interpretations of morality.

Final Word
It all comes together, and really that’s the most important part. Legends of Tomorrow: Pilot Part 2 is incredibly exciting and fun to watch on the surface. There’s a lot going on below that surface, though, and that’s what makes Part 2 incredible. The themes of love, fate, and consequences create a very complex and at times devastating atmosphere when mixed 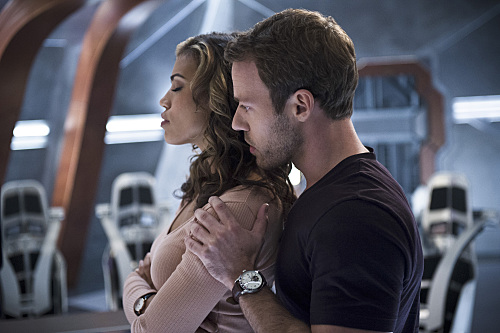 with the ever-present themes of chaos, existence, and loss. Not peeling back the layers of Legends of Tomorrow isn’t going to keep you from enjoying the action, humor, and dynamics on display, but it will hold you back from digging into the deep flaws that both drive and impede the tragically human heroes. This is what sci-fi is all about, and that’s part of what makes high-concept more than just the time-travel, distant planets, and space guns/swords. For that, I’d say Legends of Tomorrow is succeeding as a truly rare specimen. A modern age high-concept sci-fi adventure with something to say about what it means to spin on this little blue rock. Let’s not discount the humor, though. When you have these many people, from this many backgrounds coming together, naturally some of it is going to cause friction but it can also create comedy. When Legends of Tomorrow wants to get serious, though, it does give you quite the incentive to pay attention, to character dynamics that are too complex to be able to dissect in just one review.

DC’s Legends of Tomorrow: Pilot Part 2 gets a 9.3/10: Action is still visually chaotic, but, this time, it works for the narrative more often than in Pilot Part 1. The casual side makes the episode much more fun, but when things turn serious, it’s still just as engaging. The time-travel rules are explained much more cohesively than most time-travel shows, which makes the home game possible. However, it also creates a larger margin of error with possible writing roadblocks later on down the road. The series’ credibility will depend on being able to stick to these boundaries once things really start to take off.