I feel like I have to start with this, even though it isn’t entirely relevant.  This is a perfect example of making the cliche work for your story instead of against it.  This scenario is so standard that it’s a common story for pretty much any sci-fi space themed tabletop game you might find y 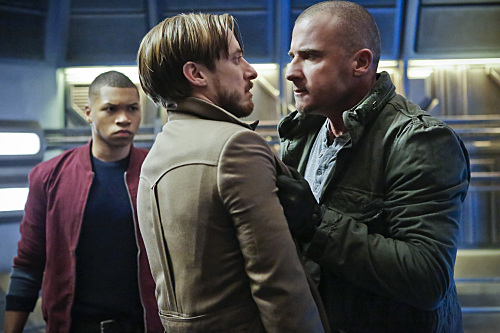 ourself in.  After a week with no leads, a distress signal from a nearby timeship comes along to give the crew some direction.  With tensions already running high, it might be just the reprieve they need to let off some steam as well as get up date information on Vandal Savage’s whereabouts.  Unfortunately, it’s also a very obvious though well concealed trap.  What follows is a battle of wits, resources, and luck as the team attempts to deal with all the problems that come along with time pirates (no…seriously).

One thing that makes this episode so important to the overall series though is that we’re actually shown Rip Hunter’s history with the Time Masters and part of what makes him so idealistic.  Arthur Darvill gives a very emotional performance across the board, and continues to be my absolute favorite part of the show.  His backstory, while simple, does not disappoint; but what amazes me most is how many hats he can seem to wear as Rip Hunter.  He’s a grieving father and widower, a stalwart authority, 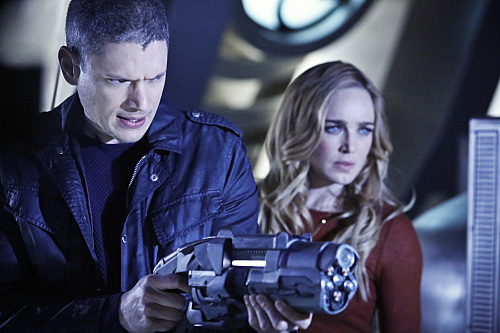 and a roguelike adventurer.  He seems to wear each one at one point or another in the episode, yet all of it still remains central to his character.  Thematically he’s given the emotional pull to be the center of the episode, but what’s amazing is how well utilized the entire team is even in the face of the overwhelming presence of Rip’s emotional arc.

Everyone seems to be affected by the events of the episode in different ways, but Dominic Monague’s Mick Rory’s is by far the most memorable; thanks in part to a successful correlation with Leonard Snart’s very slowly evolving arc over the course of the show.  This really feels like a natural progression for both characters, but it doesn’t change the amount of gravity that their fate has.  There’s humor in the episode in the form of Stein and Palmer being able to live out respective childhood fantasies, and a well conceived solution that feels surprisingly appropriate despite being a little silly.

Final Word: Absolute blast! “Marooned” is everything I love about sci-fi, and I think it might be also everything that Ray and Stein love about sci-fi; and I’m honestly okay with that.  None of the characters are wasted, the stakes aren’t ambiguous, and the ending is shocking but in keeping with the “nothing sacred” implication of the show to keep things nice and fresh.  The bad guy is effective, if unremarkable and the episode ends just a few seconds sooner than it should, preventing any actual closure.

“Marooned” gets a 9.0/10.  It’s Legends doing what it does best, and that’s take the most generic sci-fi storyline it can, and center it around the characters.