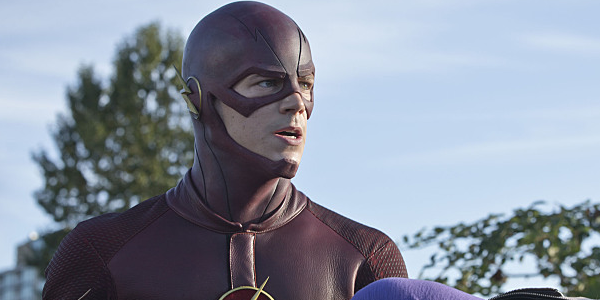 The Flash Episode 5 introduces TV audiences to the character of Plastique, and a little surprise cameo from a Flash fan favorite as well. 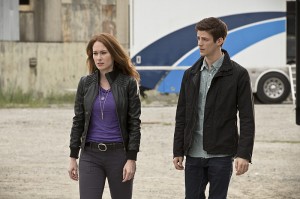 What continues to astonish me about The Flash TV series is how much effort is put in to the episode’s story as a whole, and making sure all the moral conundrums and conflicts link in to the theme of the episode, making each one a truly unique experience, despite the pressure to produce villains that can challenge the Flash. Sometimes our heroes win, and sometimes they lose, but both have equal importance. The Flash episode 5 introduces Bette San Souci (Kelly Frye), DC comics character Plastique. But the episode pulls a quick 180 degree turn when you realize that she actually isn’t the episode’s real antagonist. The theme of the episode is clearly established by Barry as Friendship, and the difficulties that arise from it. The content of the episode fits the theme faithfully, and provides a thought provoking and meaningful, though understandably somber, ending. Functionally it doesn’t have the glitz and glam of Going Rogue, but Plastique is one of the best episodes for characterization that we’ve see thus far. As usual, interactions between Joe and Barry are incredibly affecting, and organic thanks to the incredible chemistry and talent of both Grant Gustin and Jesse Martin. We get to see Caitlin and Cisco outside of the lab, but they still maintain their incredible enthusiasm for science (specifically in a great scene involving Barry’s drinking habits) further expanding how big of a part of their characters the science aspect is, aside from it just being their job. The show emphasizes how much they use science and math to solving problems that Barry is faced with, which creates a direct contrast in how Barry and his team, and Oliver and his, do things. The complete contrast in tone works wonders as Arrow’s sister show, creating a totally new tone that picks up on all of the things that Arrow doesn’t have and vice versa (Like Buffy and Angel or Doctor Who and Torchwood). This episode also expands Barry’s repertoire, by displaying the incre 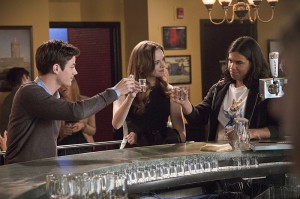 dible variety of things that he can do with his ability (OH MY GOD THE VOICE! THAT WAS AWESOME!), introducing two major abilities he has in the comics. It would have been easy to push that far starting out, it’s nice to see that they aren’t rushing his skill-set, since it is still his first year.

Plastique is an episode that probably won’t be remembered for the reason of it being very understated in it’s sensationalism, but truth be told, it’s one of the most important character episodes that have been shown so far. Kelly Frye makes a small yet affecting showing as Plastique (minus a moment at the end where the acting wasn’t up to snuff with the tension in the scene), Cisco and Caitlin’s characters are being developed side by side which is solidifying their camaraderie, the Harrison Wells mystery is just as effective at building tension as it was in the first episode, ensuring that everyone watching the last scene is holding their breath (you might as well, because Flash fans will let out a collective gasp at this one), Jesse Martin and Candice Patton’s characters are both presenting relevant and interesting perspectives that are just as enticing as Barry’s (which is saying something), and Clancy Brown kills as usual as the big bad villain with the booming voice (He’s a regular for Lex Luthor in the animated projects). Plastique takes a big step down in terms of scope, but it’s worth it to get a little bit more up close and personal. It may not be big and bad (despite the explosions), but it’s without a doubt one of the most important outings to developing Barry’s character, and persona, yet.