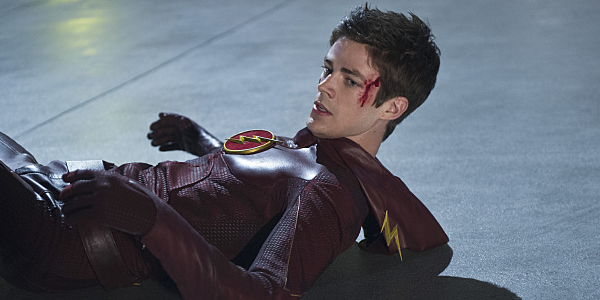 Well, it’s the Flash’s mid-season finale, and then it’s a month long hiatus. Which means that the Flash is planning to do something pretty big to stay in your mind.

Enter “The Man in the Yellow Suit”. And what an entrance it is! A captivating race between Flash and his canary colored competitor The Reverse Flash starts things off in intense fashion made all the more manic with only minimal context. It sets the pace for the episode, and from there takes off in to one of the Flash’s best yet. It’s the episode having the most to do with the over arching plot of Barry trying to find the man in the lightning who killed his mother, so it’s definitely a tease of what’s to come. With an entire episode 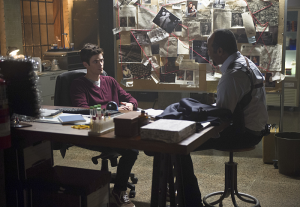 dedicated to exploring this aspect of Barry’s history though, a lot of information comes tumbling out, and gives the audience a broader understanding of the aspects of that past that shape both Barry’s passion for helping people and inherent good. John Wesley Shipp returns as Henry Allen, and delivers a powerful performance as the Barry’s loving father. His scenes with Grant Gustin were just as beautifully acted as they were in the pilot. Michelle Harrison returns as Nora Allen (new footage, no less!) in a moving scene with Logan Williams (Young Barry) and Shipp taking place just a few hours before Nora’s murder. There are a few great scenes between Barry and Iris and Caitlin and Cisco that are definitely worth noting for their proficiency, but Joe and Barry’s scenes STILL provide the best emotional anchor for the audience. Jesse Martin’s incredibly casual acting and intense delivery and Grant Gustin’s passion elevates every scene between them in to absolute emotional gold.

The Reverse Flash might just be the best Flash enemy yet. His character is consistently presented with glowing red eyes and constantly vibrating in a blur, making him impossible to identify, but also impossible to miss. You will no doubt be staring at him the entire time, trying to get even a hint of a facial feature or expression. No effort was spared in portraying the lightning between the two speedsters either (No pun intende 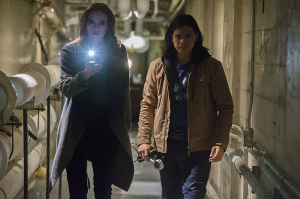 d) as each fight is even more incredible than the last. The effects of Barry’s abilities are already high caliber, but with the addition of another character with Barry’s powers, the graphic department works overtime to drive the most impact out of each and every scene that sees the speedsters duking it out (They also said speedster! In the episode! WOW!). Also worth noting is the development of Eddie’s character as he starts contributing his own plot-lines to the episode, giving him a more complete personality. And while Firestorm does look incredibly cool, he’s sort of pigeon holed in the worst way. Its unfortunate, but I have high hopes for his character’s return (hopefully they expand on his ability in a better way too).

The Man on the Yellow Suit has got it all! Emotion, incredible fights between superheros and villains, mystery, and romance. Some characters are given parts that take a little more contribution from the actors (Eddie, Iris, and Ronnie for example) than usual, but end up filling out their roles more in the long run. The expansion of the mystery of Nora Allen’s death proves invaluable, but open enough to provide even more intrigue, and the villain is equally terrifying and fascinating.

The Flash is all ready to start running again, starting in 2015. Unfortunately, thanks to the solid execution of their mid-season finale, the wait from now to then is just going to seem that much longer.